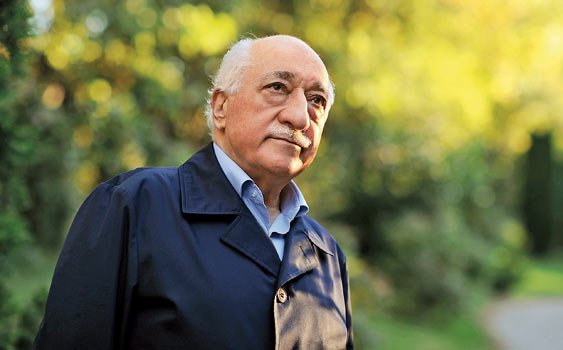 “The winds of opposition may blow, dispersing people in a sweep in many cases. People with a weak character may emerge and they, motivated by certain interests, may sway from side to side. In the face of what has been happening, it must be a hallmark for a believer to never be shaken, not to give in to despair and not to let himself be squashed,” Gülen said in a speech published on herkul.org, a website that frequently broadcasts his speeches.

Pointing out that there will always be people who will try to put obstacles in the path of the Hizmet movement, stemming from non-belief, jealousy or non-acceptance, Gülen urged people to be patient in the face of the government move. “One should be patient during tribulations,” he emphasized.

Calling for moderation in response to aggression and assaults, Gülen advised his followers to plead for patience and God’s help with prayer.

The government has finished work on the draft version of a law that foresees the closure of all types of prep schools, or dershanes, beginning with the 2013-2014 school year, and imposing fines on those that continue to operate.

The draft bill, reportedly prepared by undersecretary of the Ministry of Education, was leaked to the Zaman daily last week and the publication of the details led to public uproar. Educational institutions, unions, parent teacher associations, trade advocacy groups and opposition parties have said that they are opposed to the government plan, saying that shutting down privately funded prep schools would be a blow to free enterprise and the right to an education.

The government initially denied that the draft ever existed, but later admitted that there was a draft and claimed that it was the wrong version of the draft that appeared in the press. Education Minister Nabi Avcı and the ministry undersecretary, Yusuf Tekin, have given conflicting accounts of what the government actually intends to do regarding a blanket ban on prep schools and how it will do it.

According to the original draft provided to Zaman, prep schools will be given three years to become private schools. They are also prohibited from operating as study centers. If they do not transform themselves into private schools during this period, they will be closed down. A fine ranging from TL 500,000 to TL 1 million will be imposed on prep schools if they remain open.