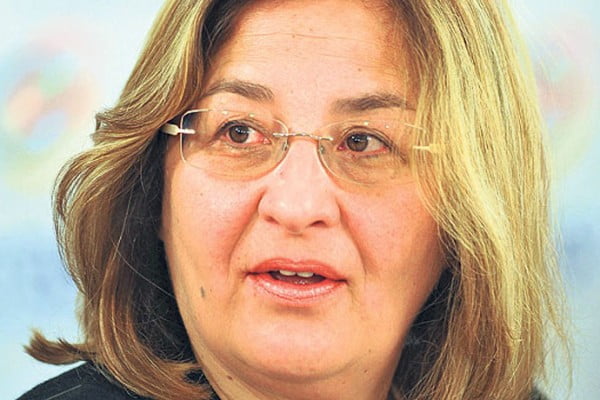 In democracies citizens cannot be perceived as threats, and hence enemies.

If they are, one cannot talk about there being democracy in that state. In democratic states, the professional gendarmerie (paramilitary forces) and the police, being under the authority of the government in power, will ensure law and order. Acting upon orders from the judiciary, law enforcement authorities will fight against criminals and acts of crime such as corruption, money laundering, terrorism, etc. In these states, the military will be asked to interfere in internal unrest only if it reaches uncontrollable levels that the gendarmerie and police forces can’t cope with.

In modern states, again, elected governments will be the final authority to decide about external threat perceptions after compiling input from related institutions, including the military. The sole duty of the military in those states is to protect their nation against external threats. In democracies, special parliamentary commissions will add to the country’s version of the National Security Policy Paper, abbreviated MGSB in Turkish, in which the government has outlined its external threat perceptions. This policy paper will be open to the public, except for highly confidential parts that need to remain secret for the sake of maintaining national security.

The military in modern states will review their troop deployments and consider whether they will need to procure different types of arms than they currently possess to deter any possible external threats outlined in the national security policy paper.

Unlike in democracies, in Turkey, the MGSB, alternatively known as the “Red Book,” or the “Secret Constitution,” is kept highly secret and not shared with the public. This is despite the fact that Turkey is a member of NATO, which brings together nations that should attach the utmost importance to democratic values.
Moreover, unlike the traditional practices of modern states, Turkey’s MGSB also includes internal threat perceptions, citizens, religious groups or political parties that are perceived as threats, and therefore enemies.

In fact, President Recep Tayyip Erdoğan, in his capacity as prime minister at the time, was publicly saying that both reactionaryism and separatism were virtual threats, created by those (the military-led establishment) who wished to keep pressure on citizens and to maintain the status quo.

“We (the AKP rule) have eliminated that type of threat element from the MGSB,” he said.

Referring to the MGSB, Parliament Speaker Cemil Çiçek was saying in 2010 that “There can’t be a state that perceives its citizens as a threat.” Similarly, Bülent Arınç, deputy prime minister, in 2006 was, as then-parliament speaker, ruling out the existence of a “Secret Constitution,” in a democratic state. Yet since the disclosure of a high-profile corruption and bribery scandal in late 2013, the Turkish government declared its one-time ally, the community inspired by the US-based Islamic cleric, Fethullah Gülen, commonly known as the Hizmet movement, an enemy, blaming it for orchestrating the graft probe to unseat its rule in collaboration with what it said were international circles.

As part of a strategy of vengeance to finish off the Gülen movement while covering up the graft scandal, President Erdoğan and his AKP government have ensured that this movement will be categorized with the internal threat perceptions. This policy has also marked a big U-turn from the AKP government’s earlier statements mentioned above, in which it said that internal threat perceptions, the creation of the military-led establishment, would be eliminated from the MGSB.

Meanwhile, the government’s all-out war against the Gülen movement has widened in recent years, targeting all forms of dissent in the country, raising serious fears of the country’s drift toward authoritarianism.

Finally, Erdoğan and his government ensured at late last week’s National Security Council (MGK) meeting that the Gülen movement and Gülen himself will be included in the MGSB among the internal threat perceptions.

The MGK itself, staffed by five top military commanders alongside government ministers, runs contrary to the civilian democratic control of the armed forces, a basic principle in democratic nations. Based on the new MGSB, subject to Cabinet approval, the Turkish Armed Forces (TSK) should now design its Turkish National Military Strategy Paper (TÜMAS) to reorganize its troop deployments, if necessary, and equip itself with arms to deter “internal,” in addition to external, enemies. At this stage, a critical question arises. Since the TSK will redesign its military strategies based on the new security policy paper, will it take up arms if necessary against Gülen supporters, since the Gülen movement is perceived as an internal threat/enemy?