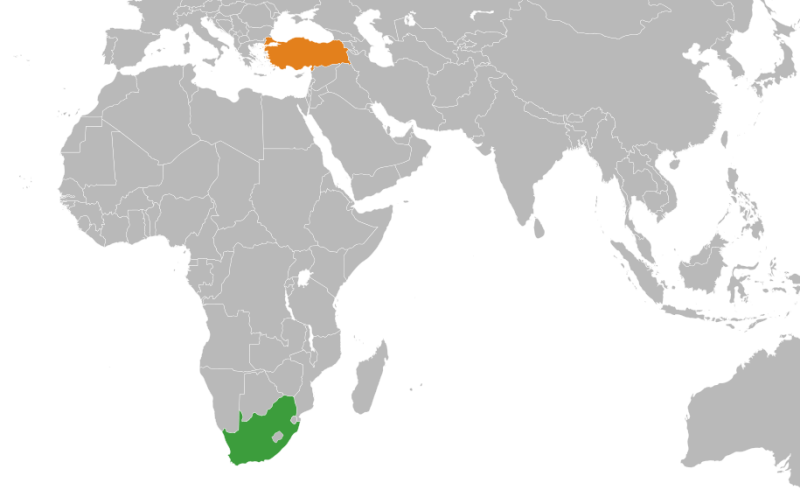 Cape Town – Turkish businessmen fleeing arrest in their country for links to an alleged terrorist organisation are trying to set up a new life and open companies in South Africa.

Speaking on condition of anonymity to Weekend Argus, a few of the businessmen explained how the Turkish government seized their homes and businesses. The businessmen say some of their families are still at risk back home.

Turquoise Harmony Institute, a Turkish non-profit organisation, with branches in Cape Town, Durban and Johannesburg, is assisting Turks seeking asylum in the country.

Turquoise is part of the global Gülen Movement which the Turkish government accused of orchestrating the failed coup attempt on July 15.

Turkish police have meanwhile been knocking down doors of the movement’s members or sympathisers countrywide.

One of the businessman who fled to Cape Town three months ago said the government “took everything that belonged to me”.

“I was travelling when I got news the police raided my house and my company. I couldn’t go back home. The government accused me of being a terrorist from Syria. I have never even been to Syria.”

He said he owned two hotels and six textile shops. His brother’s shops have also been seized. The businessman managed to get his family to Cape Town too.

“They left the country on the same day when our home was raided.”

He said he was merely “sympathetic to the Gülen movement” while also being part of the ruling party in Turkey. Now he fears to return home.

Another businessman from Izmir,Turkey, said he was travelling in Germany “when my life changed in one night”.

“I was chairman of the business association in my city and a supporter of the Gülen movement. The police came to my home and business. My wife was not yet at home,” said the businessman.

“The police searched everywhere for a book written by Gülen. There was no book. A policeman said they found a book. I have never seen it. I don’t know what kind of book it is.”

The businessman added: “My brother has the same problem with the police. He couldn’t leave the country and is now hiding in Turkey with his family.

Muhittin Camlibel, director of the Cape Town branch of Turquoise, said their movement was launched in 1966 to do humanitarian work and fund educational projects.

Camlibel rejected the Turkish government’s claims their movement was behind the coup or that they were terrorists.

“When you call someone a terrorist it means they must have weapons and create destruction. We have only schools and educational institutions.”

Turquoise has opened nine schools in South African since it was established in the country in 1997. It has also built a mosque in Midrand and has strong relations with local interfaith groups, politicians and business leaders.

“We had a productive relationship with the Turkish government until 2012 when we started talking out against corruption. Then the government started shutting down our institutions,” said Camlibel.

“We heard there are Turkish intelligence agents here. They want to spy on us and find out who is against the government.”

Kaan Esener, the Turkish ambassador to South Africa, said it was a “pity they (Turquoise) have been able to establish themselves in South Africa”.

“There is no doubt in our mind, the evidence that is coming out, that the Gülen movement was behind the coup. It is a terrorist organisation,” said Esener.

“They used lethal force against innocent civilians. They killed lots of people and they bombed the parliament.”

Mozambican President Filipe Nyusi has expressed his support and gratitude to the educational volunteers affiliated with the Gülen movement for their contributions to his country, saying that he has scheduled a visit to the Turkish school in the Mozambican capital Maputo that his son graduated from to show his support.