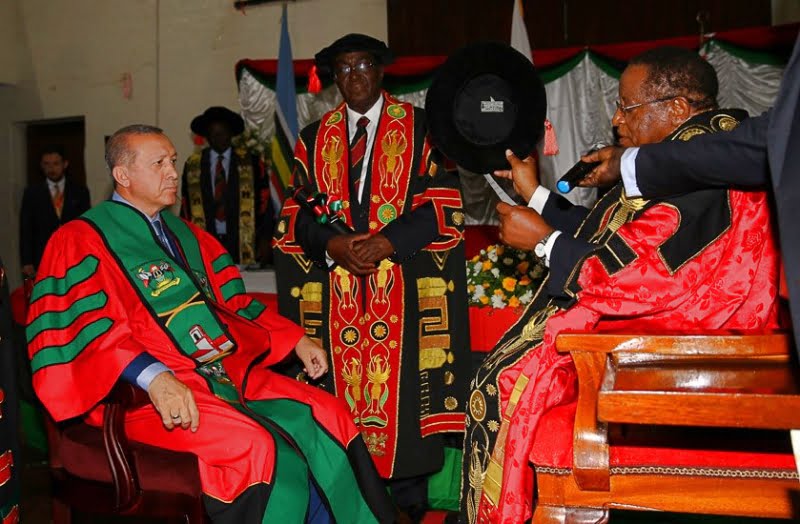 When Turkish President Recep Tayyip Erdogan visited Uganda and Kenya in May, he sought to stamp out the influence of the Islamic cleric Fethullah Gulen. He accused the preacher, who is on a self imposed exile in the United States, of using his connections to try to overthrow him, allegations which Gulen denied.

The Turkish government believes Gulen was behind the failed coup to unseat it. President Erdogan subsequently asked several African heads of states and governments to close down schools with ties to the preacher.

The Hizmet movement runs schools and universities in more than 160 countries, many of which are in Africa. Erdogan had branded Hizmet as a terrorist grouping, allied to Kurdish militants.

In Tanzania, the Feza school chain denied any links to the Hizmet movement and has rejected any idea of closing its doors to students. “You all know the Feza schools, they are supported by the Tanzanian government that means they are a property of the United Republic of Tanzania,” said Habib Miradj, chairman of the board of directors for Feza schools in Tanzania.

A DW correspondent in Nigeria, Uwaisu Idriss, said the Nigerian government claimed it had not received an official request from the Turkish government to close down schools run by the Hizmet movement.

Nigeria’s minister of education Adamu Adamu said at a regular press briefing that Turkey’s ambassador to Nigeria, Hakan Cakil, had urged the Nigerian government to close all Hizmet run schools.

“But the request was not official,” Adamu was quoted as saying. “Even if Turkey does make a formal request, it’s a domestic matter and we would deal with it domestically.”

Orhan Kermit, managing director of the Nigeria Turkish International College, on their website “urged the general public to ignore and disregard the statement by the Turkish ambassador.”

“Our school is fully functional and would continue to be,” Kermit said.

Kenya’s ministry of education also rejected any move to close down schools with links to the Turkish cleric.

Hizmet also runs 11 educational establishments in five regions in Senegal, with 2,600 students in enrolment. Mesut Gokcan Ates, spokesman for Gulen’s schools in Senegal, said he is optimistic because Turkey has not asked the Senegalese government to close down their schools.

However, Somalia has shut down premises belonging to the movement. The war-torn nation has benefited greatly from Turkish development aid in the past.

Gulen’s network was once an instrument of Turkish soft power in Africa. Erdogan looked to the Hizmet movement for help in spreading Turkish cultural influence in the African continent.

Erdogan later fell out with Gulen, accusing his former ally of building a “parallel state” through his followers in the police, judiciary, media and businesses.

On Friday, Gulen said “if tenth of the accusations against me are proven, I pledge to go back to Turkey.”