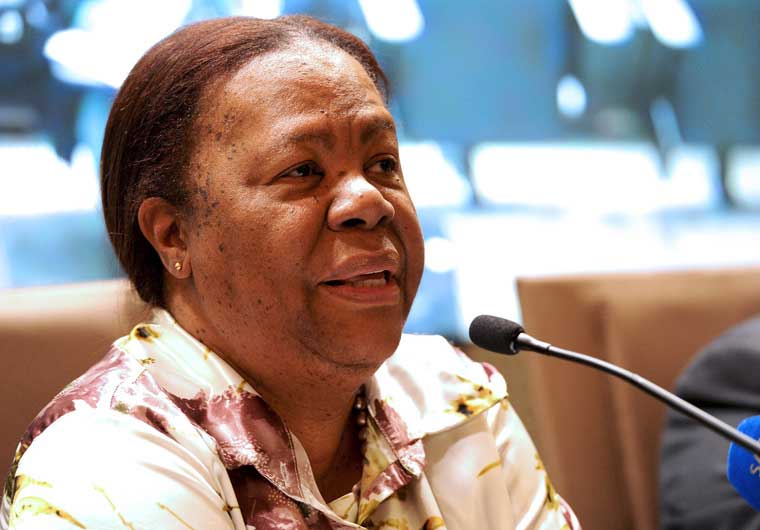 South African Science and Technology Minister Naledi Pandor has praised Turkish schools operating in her country for helping to break the anti-black taboos of the nation’s defunct apartheid regime, which claimed black people were unable to succeed in mathematics or sciences.

The South African minister said the former racist apartheid regime in her country had seriously damaged its educational system during its rule. Praising Turkish businessmen and educators operating in her country, Pandor said: “The racist regime mostly damaged our education. Black people living in the country were debarred from the education of sciences and mathematics. Then people started to believe that they [black people] could not possibly succeed in these areas.”

Pointing to the positive influence of the Turkish schools on her country’s educational system, Pandor added: “At present, there are students from different ethnic backgrounds [being educated] at the Turkish Star College. The black students [in this college] have had great successes in sciences and mathematics. Some of them have even won gold medals at International Science Olympiads. The Turkish schools have broken the conventional perception against the country’s black people and they contribute to our future with the excellent education they provide.”

The minister was speaking during her visit to the Nizamiye Complex in Johannesburg, South Africa’s biggest city. The complex was financed by Turkish businessman Ali Katırcıoğlu and has been serving Muslims since Oct. 4, 2012. The complex houses a large mosque, a school, a dormitory, a clinic and a shopping center that includes a traditional Turkish restaurant and bakery. The mosque was modeled on the historic Selimiye Mosque in Edirne, Turkey.

The minister was impressed by the Turkish complex, adding, “Nizamiye serves as the best example of how the religion of Islam brings people together and builds a society.”

Addressing the school students as she spoke, Pandor said: “Stay away from drugs, alcohol, bad friendships and do not waste your time. Just focus on your education. Serve your country after graduating from this school as scientists.” The minister left the complex after eating lunch with the school’s students, teachers and administrators.