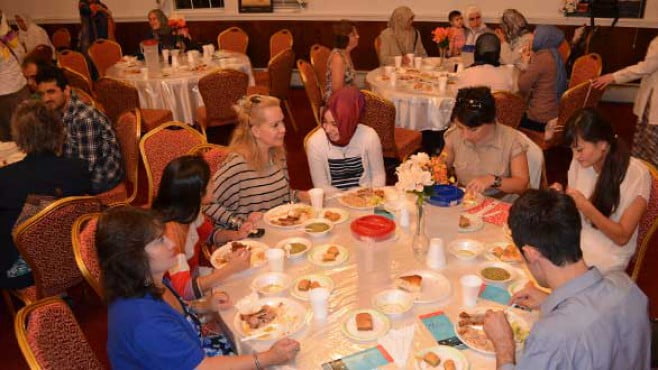 The Queens Turkish Cultural Center, organized the 10th annual Ramadan Tent to serve free food at the time of iftar

Olsan Turan, Turkish Cultural Center, Queens: “Just we would like to share our traditions. Each day we’re expecting more than 1,000 people.”

A cleric from the local community gave a heartfelt message to the invitees.

The hosts opened the event to followers of all faiths, including Jews, Hindus and Christians.

Olsan Turan, Turkish Cultural Center, Queens: “And it just opened my heart, just completely. I can’t be thankful enough. It was wonderful.”

Over the past decade, the center has committed its resources to strengthening ties in the community. Residents in Queens told me they’re pleased to come to an event where they enjoyed a delicious dinner and made new friends.