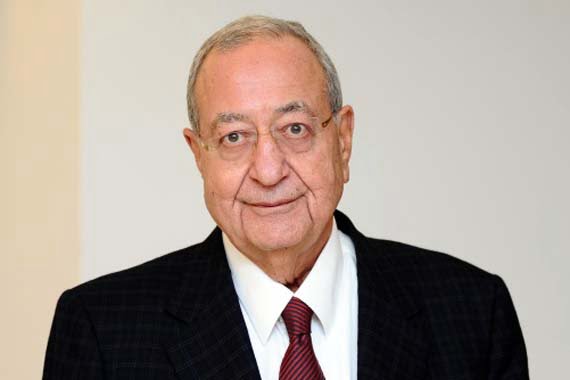 I recently got a phone call from the Russian daily Komsomolskaya Pravda correspondent Daria Aslamova saying she would like to meet with me. So I invited her to my house.

She said she had been working on a future news coverage on the impacts of Gezi Parki-related protests on Turkish politics. She had met with people from various circles before me.

I am a journalist who observed global incidents at the scene and conducted interviews, after all. If I see a country with a politically hesitant landscape, I first of all wrap my head around the condition alternative political parties are in.

My Russian colleague asked no question on CHP’s (Republican People’s Party) stance and power. Instead, she brought up “Gulen community” and asked her question by drawing an analogy that I would have never imagined: Can we refer to Fethullah Gulen as “the Muslim version of Soros?”

In parenthesis, when she was commenting on the impacts of political and radical Islam on the Muslim population in Russia, she suggested that Gulen community’s moderate and conciliatory approach can be an alternative to al-Qaeda and Hezbollah.

She had earlier given remarks on Gulen community on a TV show in Moscow and said it was impossible for Russia to benefit from this movement on the ground that Gulen resides and has relations in the US.

It is not unusual for me and this Russian journalist to speculate on the Gulen community. Countless commentaries and analyses about Gulen community have appeared on the most prominent newspapers of the West to date.

What matters is what Mr. Gulen and the community think about their public image.

Aren’t the speculative news and commentaries, arguing Gulen community is against PM Erdogan and AKP, excessively covered by our media? Didn’t we read those claiming Gulenist prosecutors attempted an investigation on MIT (Turkey’s National Intelligence Organization) undersecretary and prime minister reacted to that? Don’t we recall the hearsay news that when the journalists harshly critical of PM Erdogan visited Gulen in Pennsylvania they had a sort of heart-to-heart talk on the issue.

And wasn’t it their split on attitude in Mavi Marmara incident which started the break-up, according to some? Or didn’t the negative answer to Erdogan’s call for Gulen to return to the country lead to various interpretations?

In short, the image of the community ultimately reached the point of a Russian journalist’s attempt to conclude an anti-Erdogan opposition portrait. And this attempt seems to have taken her off the ground so much so that she regards Gulen as “Turkish Soros.” What seems to be missing here is the concept “political risk.”

AKP and Erdogan will be faced with components of the political risk they carry in case of a failure. However, as is seen in past experiences, whenever an officially Jacobean secular ideology interrupts democratic politics, organisms called ‘community’ have to face “penal risks”. Wasn’t the same risk that took Gulen to the US?

Those carrying political risks do not share their power with foundations, associations or communities but ensure their existence and freedoms. Without engaging in active politics and acknowledging the risks of engaging in politics in the Middle East, claiming “We have a share in the power” will only meet reactions.

In sum, such efforts, both by the Russian and Turkish media, to form an opposition movement out of Gulen community against AKP will go no further than being futile attempts.

These can be, at best, scenarios invented by those who underestimate Gulen’s reason, intellect and awareness and are ignorant of the lessons he’s driven from experiences.