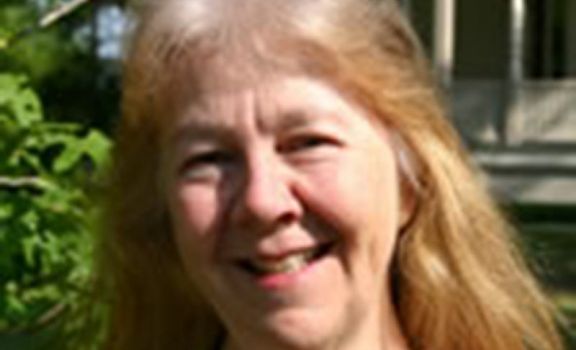 ‘Education can win the hearts and minds of people,’ Kirk says

But this time she was on a panel at the United Nations, where she was invited to speak about her research on the ground.

The environment was different, and the people listening were preparing documents for delegates that include the powerful U.N. Security Council.

But the Catholic nun’s message was the same: Peace and tolerance are direct outcomes of education, and amid turmoil, amid restrictions that cultures and religions place on girls, schools are creating opportunities that lead to better lives.

“Education can win the hearts and minds of people,” Kirk said. Schools are “islands of peace.”

Her talk this month at the 53rd session of the Commission for Social Development of the U.N. Department of Economic and Social Affairs came as Kirk marks her 50th year as a Sister of Charity of the Incarnate Word, the largest group of women religious in Texas.

“I’m bursting with joy,” she said about the milestone.

A professor of religious studies at the University of the Incarnate Word, Kirk visited Iraq in 2010, 2011 and 2012, and co-authored “Iraqi Women of Three Generations: Challenges, Education, and Hopes for Peace,” which also looks at Turkish Muslim schools.

This chapter in Kirk’s life began in 2006, when she was befriended by several people in San Antonio’s Turkish Muslim community. In 2007, she was invited on one of the Dialogue Institute of the Southwest’s interfaith tours to Turkey.

“I had just been with Iraqi refugees in Amman, Jordan, working on a piece about Catholic refugees,” she said. “They said to me, ‘You’re interested in children and families that suffer in war,’” and discussions led to the well-documented work of Turkish Muslims building nonprofit schools and institutes around the world.

Kirk is also author of “Growing Seeds of Peace: Stories and Images of Service of the Gülen Movement in Southeastern Turkey.”

“It’s fascinating in Turkey; there’s so much poverty and the Kurdish people have not had opportunities,” she said. “They couldn’t use their language, and Turkey stamped out a sense of being Kurdish.”

The hizmet, or service, movement has created schools in such areas. Parents chose education, not violence, Kirk said. She had heard similar stories from Incarnate Word sisters who had worked on peace initiatives amid violence in Peru, Mexico and the Philippines.

When Kirk was in southeast Turkey in the summer of 2008, “I was standing by the side of a road. I had just visited a family, and said I was impressed with the good work of the service movement.” Members of the family said, “Go 100 miles down this road you’ll be in Iraq, and you’ll see that even more good work being done there.”

The Gülen Institute at the University of Houston gave her several grants to make such visits.

Gülen refers to Turkish Muslim scholar Fethullah Gülen, who has inspired this work. The institute and Gülen, however, have not been without critics, or controversy, in and out of Turkey. The movement also has been linked to Turkish-run charter schools in Texas.

And the strongest message she gave at the U.N. “was that education can win the minds and hearts of people,” Kirk said. “In the long run, violence and war does not win. It can silence people, but there’s still the discontent.”

“What we need is to build bridges of understanding,” she said. “How wonderful that people have the courage to do it.”

Since her last visit to Iraq, more schools have opened. “The sad news is that so many people are fleeing the violence in the south that the Turkish schools in the north are getting more and more children,” she said.

Kirk said schools in Mosul and Ramadi have closed because of violence.

She recalls interviewing a family that fled Baghdad. The parents were both engineers, both Catholic Orthodox, who “talked about the wonderful Muslim schools.”

“They are islands of peace where we can come together,” she said. “A lot of stories in my book are of children who learned to forgive.”

She soon will speak on a panel organized by Turkish Muslims in Irvine, California. They’ll screen “In the Footprints of Francis and the Sultan: A Model for Peacemaking,” a film about the unusual relationship between St. Francis of Assisi and the sultan Malik al-Kamil. Amid the Crusades of the 1200s, they forged a peace initiative.