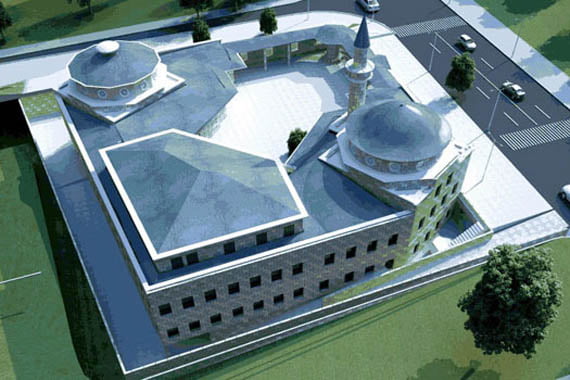 A groundbreaking ceremony for the first cultural complex in Turkey that will have both a cami (mosque) and a cemevi (Alevi place of worship) was held in Ankara on Sunday with the participation of Labor Minister Faruk Çelik, Alevi CEM Foundation President İzzettin Doğan, Republican People’s Party (CHP) Ankara deputy Sinan Aygün and a number of Justice and Development Party (AK Party) deputies as well as other Alevi and Sunni community leaders and members of the public.

The project, which is the first of its kind in modern Turkish history, is expected to be completed in a year and opened in the Islamic month of Muharrem, a holy month to Alevis. Columnists discussed the necessity of a cultural center of this type that can build strong bridges between the two communities.

Radikal columnist Eyüp Can wrote that the rights of Alevis have been violated for many years. He criticized some Alevis who felt the culture center intended to assimilate them and so opposed the project. Can’s response is that no signs of an attempt at assimilation can be found when one analyzes every aspect the project. According to Can, the project will contribute a great deal to the creation of equality between Sunni and Alevi people in the country and that five more cultural centers that will house both a cami and a cemevi are planned for the near future. There is a contradiction in some Alevi circles, according to Can; though they struggled for many years to have more facilities, they are not satisfied with this large project.

The Bugün daily’s Ahmet Taşgetiren thinks the project is an effective step toward smoothing relationships between Sunni and Alevi people. With a strong relationship and as a more integrated country, Turkey may be better able to overcome many difficulties. However, he noted that the project has also upset some groups that are trying to cause tension by provoking people along Sunni-Alevi lines.

Milliyet’s Güneri Cıvaoğlu feels that the project is a very meaningful step, led by Islamic scholar Fethullah Gülen and CEM Foundation President Doğan, during a period when there are severe conflicts between Sunnis and Alevis in some countries, such as Syria. The project will also be beneficial for Turkish-EU relations, he believes.