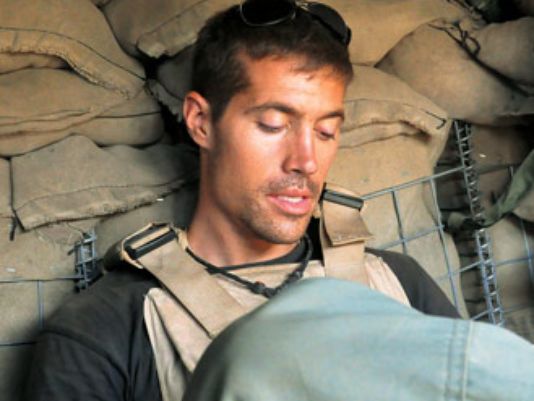 The statement was issued in the wake of the beheading death of American journalist James Foley at the hands of the Islamic State of Iraq and Syria.

As the world reeled and reacted after news of American journalist James Foley’s beheading death broke at the hands of the Islamic State of Iraq and Syria, ISIS followers took to social media. ISIS supporters posted the video of his death and photos of his decapitated corpse, sometimes directing them at outraged journalists, sometimes just posting them to inspire fear. YouTube and Twitter both worked quickly to take the posts down out of respect for Foley, and because of the gratuitous violence.

A statement, sent in an email from Mississippi representative Fatih Ozcan, was issued by Islamic scholar Fethullah Gulen in the wake of Foley’s death.

“As the Dialogue Institute, we strongly denounce such groups, their false representation of Islam, and all killings of innocent persons,” said Ozcan in the email.

In the statement from the Alliance for Shared Values, Gulen denounced the actions of the extremist terrorist group, saying they don’t stand for and are not acting out of the values of Islam.

“I deplore the brutal atrocities being committed by the ISIS terrorist group hiding behind a false religious rhetoric and join the people of conscience from around the world in calling for these perpetrators to immediately cease their cruel and inhuman acts,” Gulen said in the statement. “Any form of attack, suppression or persecution of minorities or innocent civilians is an act that contradicts the principles of the Qur’an and the tradition of our Prophet.”

Award-winning filmmaker Matthew Van Dyke worked with Foley in Syria. He said ISIS really hit the scene in the Spring of 2013.

“The whole revolution changed,” he said in an interview with Fox News. “And Syria became a black hole for foreigners. Journalists would go in and just disappear.”

Foley had been in captivity since 2012. Reportedly, officials believe his executioner may have been a 23-year-old London-born rapper named Abdel Majed Abdel Bary, one of a group of British ISIS operatives known among former hostages as “The Beatles.”

In a statement after the event, President Barack Obama said the group “speaks for no religion. Their victims are overwhelmingly Muslim, and no faith teaches people to massacre innocents. No just God would stand for what they did yesterday and what they do every single day.”

ISIS has been in the news lately particularly for their massacre of Shiites, Turkmen, Christians and Yazidis in Iraq and Syria. They are known to employ such brutal terror measures as putting heads on sticks.

“ISIS members are either completely ignorant of the spirit of Islam and its blessed messenger, or their actions are designed to serve their individual interests or those of their political masters. Regardless, their actions represent those of a terrorist group and they should be labeled as such and be brought to justice,” Gulen said.

Before sending his condolences to those affected by the brutality of ISIS, Gulen said the goal of religion is to establish peace based on universal human rights and human values.

“Any interpretations to the contrary, including the abuse of religion to help fuel conflicts, are either false or deceitful. In true Islamic thought based on its core principles, every mean to a legitimate end should also be legitimate itself. To think or act otherwise is nothing but Machiavellism,” he said.

Van Dyke said Foley was fearless. He knew what he was getting into, and did his job anyway, even after spending several months in captivity in Libya in 2011.

“He’s one of the best people I’ve known. He was honest and hard-working, and he had a real passion for what he did,” Van Dyke said.

The Kimse Yok Mu association, renowned as a global charity that manages to reach the most remote corners of the world, has inaugurated a new boarding school in Kyrgyzstan for children without parents. The new home for children, which is the result of a $2.284 million investment, was inaugurated by Kyrgyz President Almazbek Atambayev in a ceremony.