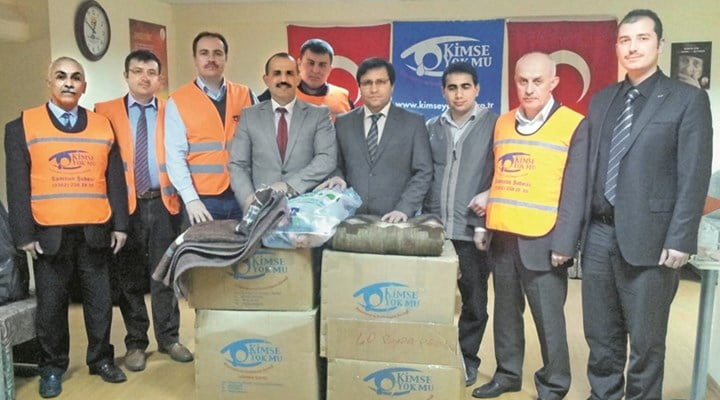 The nonprofit Kimse Yok Mu (Is Anybody There) continues its relief efforts in Gaza which recently were affected by a recent flood.

The United Nations had declared a state of emergency in the Gaza Strip on November 28, after two days of heavy rain led to severe flooding. No casualties have been reported but hundreds of people have been evacuated and 63 schools are closed for the day in Gaza City.

Yusuf Yıldırım, who is in charge of foreign aid at Kimse Yok Mu, stated that the organization will continue to deliver more helps in coming days after identifying the main needs in area.

Kimse Yok Mu’s coordinator of health aid Veysel Kayabaş said that they continue to make significant assistance in the health field in Gaza. Kayabaşı informed that the organization help treatment, make an operation to 335 Gazan children who have ear nose and throat (ENT) problems.

In August an Egyptian-brokered ceasefire was called between Israel and the Palestinians under which Israel agreed to ease its eight-year blockade of Gaza, Egypt would re-open its border crossing and militant groups and Israel would cease hostilities.

The seven-week Gaza conflict, which ended in a truce on 26 August, killed more than 2,100 Palestinians, most of them civilians, the UN said.