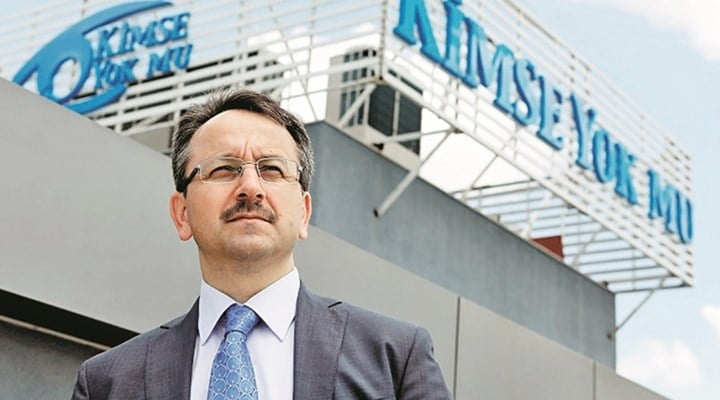 İsmail Cingöz, president of the Turkish charity Kimse Yok Mu (Is Anybody There?), criticized the terrorism investigation being conducted against the charity while underlining the NGO’s high standards of transparency.

Speaking to Bugün daily, Cingöz underlined how Kimse Yok Mu is an organization praised around the world for its independent, transparent and efficient humanitarian aid activities and that the current investigation of it being an armed terrorist group is being closely monitored by international agencies including those in the UN and EU. The baseless and defamatory armed terror charges against the organization came to light recently when Ankara Chief Public Prosecutor Musa Yücel issued a subpoena to Kimse Yok Mu’s management, asking for information regarding the charity’s aid activities for Eid al-Adha, an important Islamic ritual.

Cingöz pointed out that the investigation being conducted by the Ankara Chief Public Prosecutor’s Office against the charity organization on charges of terrorism has been met with strong reactions from abroad, “we have not had the slightest problem in any of the numerous countries we operate in – except for Turkey.” Previously not disclosed to the public, Cingöz said that the animals that they sacrificed as part of the Islamic Eid ritual, which the investigating prosecutors are claiming was an act of terrorism, had been done in the presence of a notary public and officials from Turkey’s religious affairs administration.

Saying that Kimse Yok Mu does not have anything to fear, he added that they are prepared to provide any documents or information proving the organization’s aid activities and that the charity regularly shares all details of its financial and aid activities with the state, the United Nations and also the governments of each country where aid is delivered.

Even though the Council of State’s unanimous annulment of an investigation to rescind the charity’s right to collect donations confirms its institutional transparency, accountability and reliability, Cingöz added that Turkey’s politically-appointed governors were involved with the blocking of the charity’s activities. Stating that the government is breaching the rule of law by trying to block charity’s activities, Cingöz said “If it cannot be resolved in Turkish courts we will apply to the European Court of Human Rights (ECtHR).

Established in 2002, Kimse Yok Mu provides aid to 4.5 million people in 113 countries around the world. The charity was awarded the Turkish Parliament Outstanding Service Award in 2013, and is the only Turkish aid organization that holds special consultative status with the UN Economic and Social Council (ECOSOC). It also developed relief programs in partnership with the United Nations Human Rights Council (UNHRC) in 2013. Kimse Yok Mu became the first Turkish NGO to break into the top 100 of Global Geneva’s top ranking 500 world NGOs for 2014. Global Geneva Director Jean-Christophe Nothias stood by the nonprofit, stating that the Turkish government’s ongoing assault against Kimse Yok Mu was a major concern, adding that the nonprofit had cemented its reputation through successful operations worldwide.