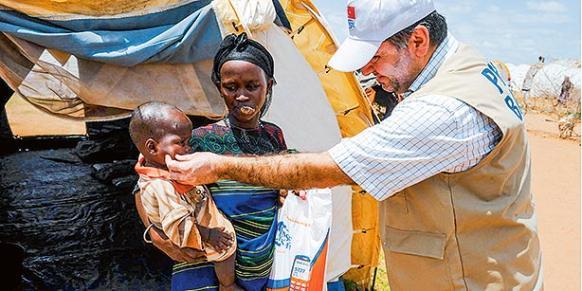 Kimse Yok Mu (KYM), which is active in 113 countries, has become a target of the government due to the latter’s aim to punish the Hizmet movement, a grassroots religious and social movement which encouraged the establishment of KYM.

Although the government was not able to find the smallest wrongdoing in the activities of KYM during months-long inspections, as a means of taking over the organization, the government has reportedly instructed bureaucrats to appoint a trustee to replace the existing board.

According to anonymous sources, the board of KYM will be removed by the İstanbul Governor’s Office and the Department of Associations, part of the Ministry of the Interior. The appointment of a trustee is expected to follow. However, according to Article 27 of the Law on Associations, the appointment of a trustee is only possible if there is a crime that mandates prison time. Rumors are that evidence is to be fabricated on the instructions of Minister of Interior Efkan Ala, notorious for such unlawful orders. In a leaked video tape some months ago, Ala allegedly ordered officials to unlawfully detain a journalist by breaking into his home.

Currently, not a single legal complaint has been filed against the executives of KYM. Yet on Sept. 22 the Cabinet issued a decision voiding KYM’s right to collect donations without special permission, a status granted to the organization as one that works for the public good.
The crackdown on KYM is considered by many politicians and pundits as an attempt by the government to silence civil society and decrease the independence of the non-state organizations.