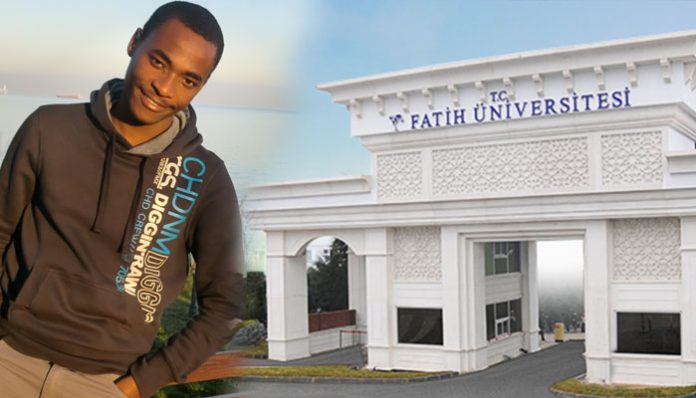 Helton Silva Malambane, a software developer from Mozambique who previously worked with the now-shut-down Fatih University, was detained by police at his residence in İstanbul’s Küçükçekmece district over links to the Gülen movement, whose sympathizers the government accuses of masterminding a failed coup attempt on July 15.

Twenty-seven-year-old Malambane was detained after police received anonymous tips about him. Police accuse Malambane of developing software for the Gülen movement, the pro-government Sabah daily reported.

According to the story in Sabah, police discovered that Malambane studied at a Gülen-linked high school in Mozambique and then attended Fatih University, which was recently shut down by government decree over links to the Gülen movement. He started to work as a software developer at the university after his graduation.

Sabah also reported that Malambane had participated in the International Turkish Language Olympiads, organized by schools established by Gülen sympathizers in more than 170 countries around the world.

The olympiads were highly popular in Turkey and overseas as they was attended by almost all members of the ruling Justice and Development Party (AKP), including President Recep Tayyip Erdoğan, until December 2014, when the AKP and Erdoğan accused the movement of orchestrating a wide-ranging graft probe that implicated AKP members and Erdoğan’s family in corruption.

In October Turkish authorities deported five Yemeni students at universities that were shut down over links to US-based Islamic scholar Fethullah Gülen, who inspired the Gülen movement.

On Oct. 1, more than 50 Nigerian students, mainly from Fatih University, were detained by Turkish police at İstanbul Atatürk Airport for allegedly being students of a “terrorist organization.”