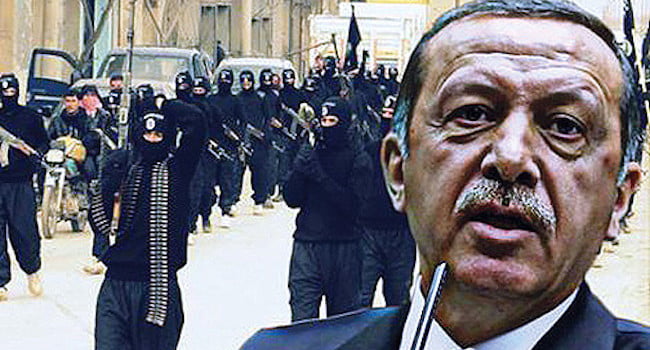 One of the most problematic aspects of the war against the Islamic State has been the role of Turkey. On the one hand, diplomats see Turkey as a cornerstone of any diplomatic strategy to counter the Islamic State in Syria and Iraq. On the other hand, Turkey—or, at least, elements within the state—appear to back the Islamic State. Indeed, one of the prevailing theories with regard to Turkey’s recent ban on Wikipedia has been because entries informed by Wikileaks explore financial links between Turkey’s leadership and the Islamic State.

Turkey’s defenders push back on such accusations. Turkey may treat rebel commanders in Turkish hospitals, they say, but isn’t that what Israel also does with regard to wounded Syrians? To compare Israel and Turkey is, on all levels, ridiculous. Israel has not become the revolving door through which foreign fighters enter and exit Syria. The issue is not simply border security—visitors to Istanbul’s international airport say they can overhear travelers openly talking about their time in Syria fighting for radical groups. Nor do members of the Israeli government or the family of Israel’s elected leader appear to have profited from illicit oil trade with the Islamic State.

The notion that Turkey’s treatment and support of the Islamic State is passive, however, is demonstrably false when it comes to new information about Turkey’s support for Islamic State fighters from Libya. The Guardian reported:

The Italian intelligence document states: “Since 15 December 2015, an unknown number of wounded fighters of the Islamic State in Libya have been transported out of the country to an Istanbul hospital to undergo medical treatment.” The bulk of the “false wounded’’ come from the Libyan area of Fataeh, where “elements of the Islamic State would be holed up”, the document states. From there, the fighters are most commonly sent to Turkish hospitals. It claims in one case the fighters showed fake passports to doctors in Misrata and told them they were wounded in Sirte and Benghazi.

It is one thing to provide triage and medical services for enemy wounded who are captured in combat. If Islamic State or al-Qaeda fighters from Syria show up in Turkish border hospitals, it also makes sense to treat them.  Under no circumstances does that mean that those receiving medical care should be free to go after their treatment. There is a greater problem, however, when Islamic State fighters from an area of operation more than 1,000 miles and a sea away start showing up in Turkey to receive services. That’s an indication not of passive assistance but rather of active support on the part of President Recep Tayyip Erdoğan’s government.

It’s time to recognize Turkey for what it is and dispense with diplomatic niceties: Simply put, Turkey is an enabler of the Islamic State’s global campaign and, as such, has become a state sponsor of terror.