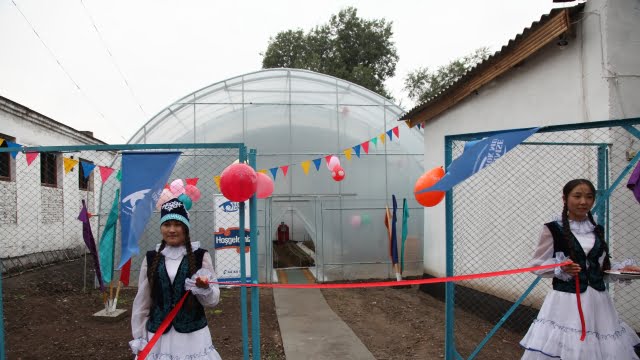 KYM deputy-general manager Levent Eyupoglu inaugurated the greenhouse. “Efforts for the orphan and needy need a new approach. It’s our duty to take care of the orphan. What we aim with this training workshop is to secure a profession for the orphan children. They have a tough life ahead. And in order to be able to hold on to life, they will be receiving training on various fields at weekends and holidays,” Eyupoglu said.Published [in Turkish] on Haberler, 6 October 2014, Monday

An international symposium under the name of ‘The Hizmet Movement and PeaceBuilding” will be held on Oct. 25-26 in Washington D.C. In attendance at the symposium organized by Georgetown University, American University, Mount St. Mary’s University and the Rumi Forum will be numerous academics and scientists from more than 20 countries in six continents.