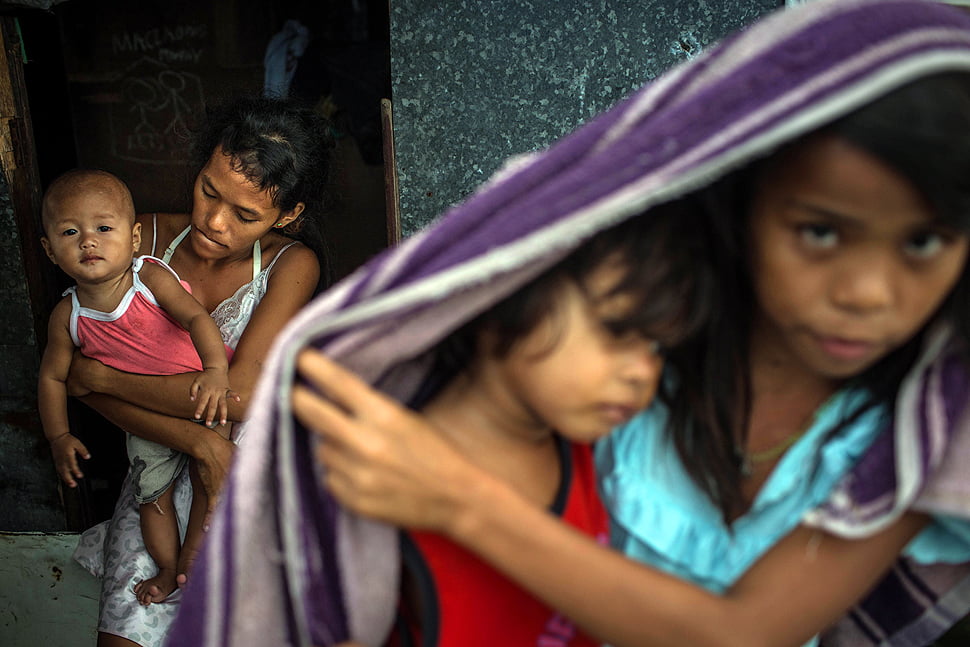 Residents shelter from the rain after a sudden storm in Tacloban, Philippines. PHOTOGRAPH BY: CHRIS MCGRATH / GETTY IMAGES

Thirty children have been living in the shelter since Typhoon Haiyan hit the Philippines in November of last year. Turkish charity Kimse Yok Mu was the first organization from Turkey to send aid to the Philippines, which was struggling to recover from the aftermath of the typhoon.

Eyüboğlu said there are children between the ages of 10 to 17 living in the shelter who were victims of sexual assault and rape after the typhoon hit and that Kimse Yok Mu also provides psychological support to these victims. One 12-year-old, whose name is being withheld to protect her identity, is a victim of rape and lives at the shelter with her 1-year-old baby who is the child of her attacker, Eyüboğlu explained.

Earlier in October, the AK Party government decided to cancel the charity’s authority to collect donations for the remainder of this year. This determination was then followed by a decision to limit Kimse Yok Mu’s right to collect donations by requiring permission from authorities in advance of fundraising efforts and blocking the organization’s bank accounts.

The dramatic stories of the victims staying at the Women’s Shelter of Tacloban City were in Kimse Yok Mu’s petition for a stay of execution made to the Council of State. If Kimse Yok Mu cannot achieve any positive results from these formal objections, all funding and aid provided to the shelter will also be affected, Eyüboğlu said.

Eyüboğlu also noted that because of the smear campaign against Kimse Yok Mu by the AK Party government, charity activities in 113 countries, including the Philippines, are about to come to an end.