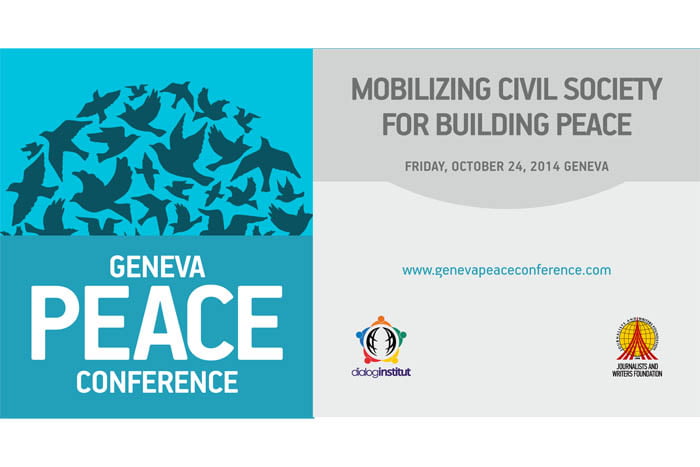 NGO participants will also join the discussion by submitting oral and written statements with regards to the topics of the three separate sessions. Various civil society organizations, NGOs, media representatives, religious leaders, politicians, and educational workers will be among the participants of the conference.

Building on the experience and outcomes of numerous high level dialogues and meetings of the UN, the Geneva Peace Conference aims to foster the mobilization of civil society for building peace, which will offer alternative ways of discussing this topic. Secondly, the UN is still the milieu where the debates on this topic are to be organized. Therefore, the conference also aims to build on the work that has been done so far by the respective institutions within the system of UN and it should be considered as a continuation of its crucial works that has been done so far. In order to highlight this aspect, the conference is deliberately held on the United Nations Day, October 24.

The Geneva Peace Conference will be held in October 2014 for the first time. The plan for the future is to continue organizing it once in every two years so that it will contribute to the achievement of the goal of peaceful coexistence in a more reasonable manner and also will provide means by which the development in that direction can be easily tracked.