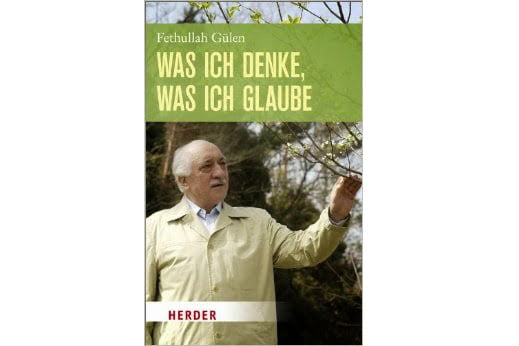 Dr. Abdulmalik Hibaoui of Islamic Theology Center at Tubingen University and a philosopher Prof. Joachim Valentin shared their thoughts on the Hizmet Movement in general and the book in particular, at the book release event jointly held by Foundation of Dialog and Education and Intercultural Dialog Forum.

Dr. Hibaoui said he found the book a distinctive one offering new perspectives for new concepts. “Gulen proposes new insights into today’s troubling issues in Germany, a challenging country for its Muslims. And the book makes the religious, political and social issues accessible,” Hibaoui said. The professor made it clear that he entirely agrees with Gulen on the topics discussed in the book. “This is the understanding the Muslim world needs today.”

Professor Valentin argued that too much is being said about Fethullah Gulen, founder of the Hizmet Movement, without knowing enough about him. “But with this new book in German by a notable publishing company making it easily available, I believe the Germans will be more careful with their claims.”