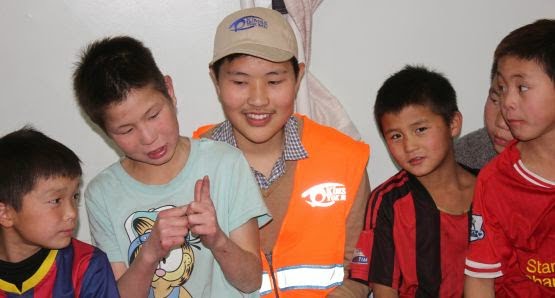 The orphanage director Ganbayar Purvee said, “We are so happy to have the KYM volunteers visiting us and assisting our children here today.” The foundation has been actively assisting the orphan in the country for eight years now, the officials noted.Published [in Turkish] on Beyaz Gundem, 8 October Wednesday