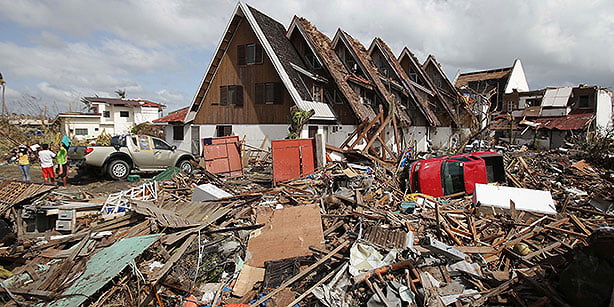 In the strongest typhoon on record that hit the country on Friday, thousands of people are feared dead. According to some officials, the number of casualties from Typhoon Haiyan may even surpass 10,000.

“Our voluntary representatives in the Philippines will see to it that food packages are prepared in the capital Manila and are transported to the disaster area by army helicopters,” Yıldırım stated. Based on the reports Kimse Yok Mu will get from its team in the disaster area, the humanitarian organization may also launch an aid campaign for the Philippines.

According to Philippine officials, at least 2 million people in tens of provinces have been affected by the disaster and at least 23,000 houses have been ruined or damaged. In a country made up of thousands of islands, Typhoon Haiyan swept through a string of islands from east to west — Samar, Leyte, Cebu and Panay. Around 800,000 people are believed to have fled their homes. In the devastating calamity, ships were thrown inland, vehicles were swept out to sea and bridges and ports were washed away.

Many survivors of the disaster have not only lost their loved ones, but also all they had. In addition to a lack of drinking water, food, medicine and shelter are scarce. Dead bodies left to rot in the fields or at the sides of roads, which is increasing the risk of disease.