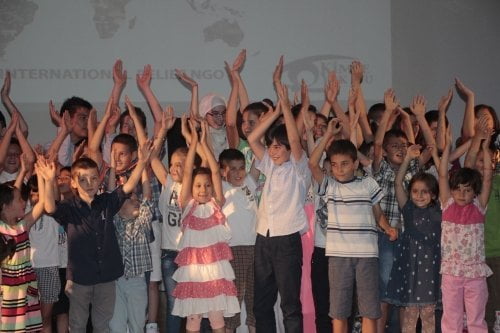 Kimse Yok Mu Foundation recently held an exclusive event for the Bosnian orphans. Some 150 orphans from SOS village and Byelave Dormitory were received at Burch University in Sarajevo, where a special mime performance and iftar dinner were held in their honor. Director of the foundation Izvor Nade, KYM affiliate in Bosnia, Harun Tursan noted the event aimed to get the Bosnian orphans experience a special night. “We wanted to make a surprise for our children from SOS village and Byelave Dormitory. Tonight has been a follow-up to our past events. We intend to hold more charity events for our children. In addition to tonight’s gathering, we aim to serve iftar dinners for 10 thousand throughout the month of Ramadan.”

According to a letter sent from the Turkish Embassy in Denmark to the Turkish government, opponents of the Erdogan regime living in Denmark are being monitored. The letter, which the Danish newspaper Kristeligt Dagblad has come into possession of, has been confirmed by Adnan Bülent Baloglu, the embassy’s religious adviser.