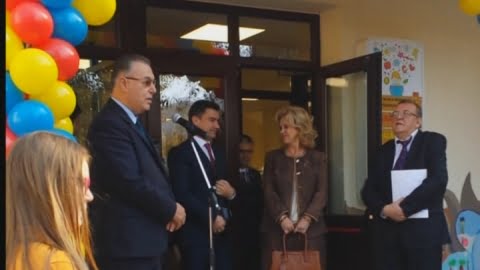 Spectrum Turkish School in Yas city of Romania moved to its new building on Tuesday with a ceremony.

Spectrum Turkish School in Yas city of Romania moved to its new building on Tuesday with a ceremony.

Turkish schools which have been operating in Romania for 21 years continue to develop. The school which has a capacity of 500 students gained new building.

Director of National Education Cemalia Gavrila emphasized importance of investment into education. “We are building airport and road but if we do not invest into education all of them become useless,” stated Gavrila.

“Children learn freethought in these schools and they also learn how to be producers not consumers. I know the schools in Romania. I witness that.” she added.

There are 10 Turkish schools in the country providing education to over 3,300 students.