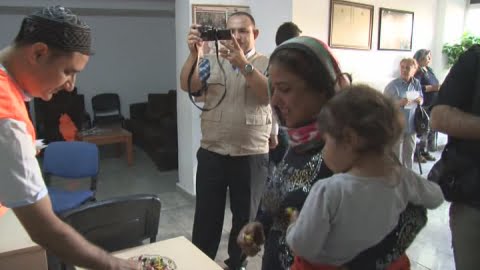 International charity organization Kimse Yok Mu distributed sacrificed meat to a total of 1,000 families during the Eid al-Adha in Ankara on Thursday.

Families received meat in boxes which were paid for the donations from benevolent Turkish people at one of the offices of the KYM in Mamak district. The one who could not go to the office, received their meat in their homes by the KYM volunteers.

Speaking to Cihan nes agency, Mülazim Ünal, a KYM official, said they help thousands of people bot in Turkey and abroad during the Eid al-Adha as in the previous years. Ünal also stated that they presented rams to the families of the soldiers, who were killed in the recent terror attacks, to sacrifice them in the feast.