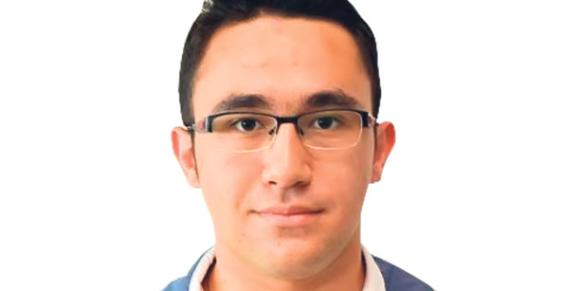 More than two million high school graduates across Turkey took the YGS, the first-round exam of the university entrance system, on Sunday. The 160-minute exam asked students to respond to 160 questions in the fields of Turkish language, social sciences, math and physical sciences.

The ÖSYM announced the YGS results on its website. The top scorer of the exam, Mehmet Enes Arıcı, is from the Ankara-based Samanyolu Science High School. Arıcı is also a student at the Karakaya branch of FEM University Preparation Schools in Ankara. Both institutions are affiliated with the faith-based Gülen movement, inspired by Turkish Islamic scholar Fethullah Gülen.

The Gülen, or Hizmet, movement has been targeted by President Recep Tayyip Erdoğan and the Justice and Development Party (AK Party) government since a corruption probe came to public attention on Dec. 17, 2013, implicating senior members of the administration. Erdoğan, who refers to the movement as the “parallel state” or “parallel structure,” accuses it of being behind the corruption operation. The movement strongly denies the claim.

Erdoğan and the government have taken action to ensure the closure of schools operated by Gülen followers in many countries around the world. Gülen-affiliated institutions and schools in Turkey are also under intense pressure from the government. On many occasions, Erdoğan asked his supporters not to send their children to schools, dormitories or prep courses affiliated with the movement.

Upon learning his YGS result, Arıcı posted a tweet from his Twitter account, saying that his teachers’ counseling, his family’s support and his own hard work had brought him success, adding that his goal is to study medicine.

Miktad Açar, one of Arıcı’s teachers from Samanyolu Science High School, congratulated Arıcı on his achievement, which he attributed to the student’s hard and disciplined work. Açar also recalled that top scorers of the 2007 and 2014 YGS had also attended the school.

Melih Demir, a student from the İzmir-based Yamanlar High School, which is also affiliated with Gülen movement, was the second top scorer on the exam. There are four students from Yamanlar High School who achieved scores placing them in the top 10 highest-ranking students on this year’s YGS, and 14 students from the same school who ranked in the top 100. Demir is also a student at a Gülen-affiliated prep school, Körfez University Preparation Courses in İzmir, as are two other top scorers, Sueda Şanlı and Dilan Atar.

It is very common for the students of colleges, high schools and prep schools affiliated with the Gülen movement, a grassroots movement promoting education and interfaith dialogue that operates institutions internationally, to do extremely well in public exams and international science Olympiads.

The government’s war on the Gülen movement began with its plans in 2013 to abolish university preparation courses, some of which are run by the movement. Parliament passed a law earlier in 2014 to close these schools, which led to public anger that the absence of preparatory schools will deal another blow to the already low level of education in the East and Southeast, and push the regions’ young people into the hands of terrorist organizations. According to the law, introduced by the AK Party government, prep schools will not be allowed to operate after Sept. 1, 2015.

In the meantime, the ÖSYM, which had shared only 20 percent of the questions on the YGS with the public following the exam, made all questions accessible to the students on Thursday. However, it reminded students that they are banned from sharing the questions online or in any printed medium. If students share this content, they will face legal sanctions.