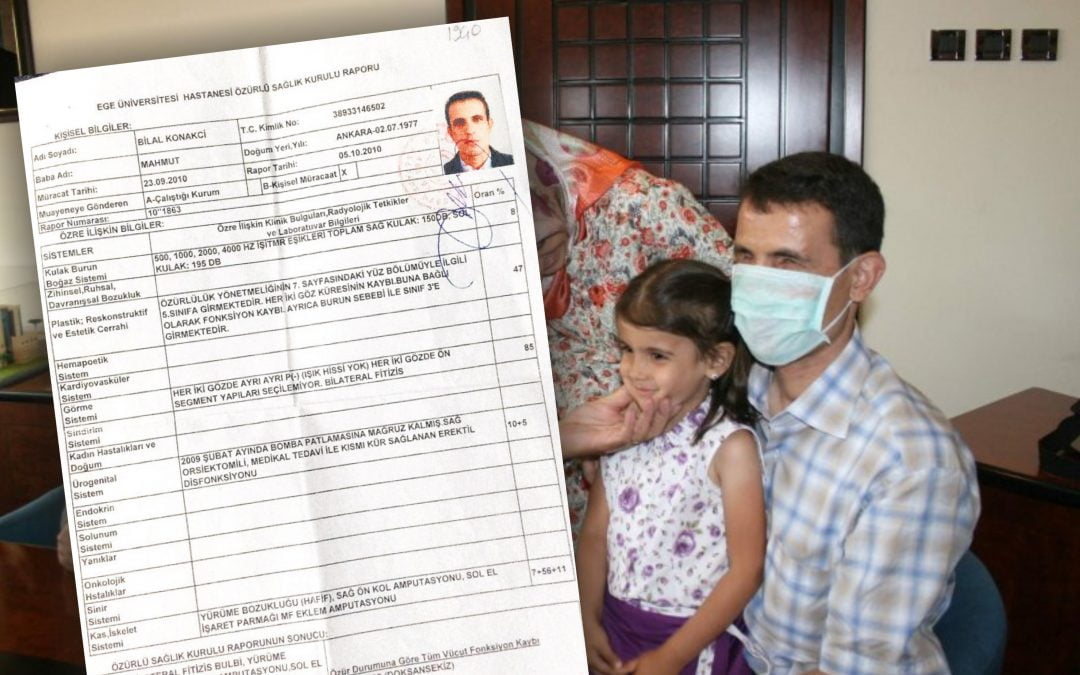 Konakçı’s wife Özlem, in a letter to Yeni Çağ daily columnist Ahmet Takan on Tuesday, said that her husband cannot see to his daily needs as he lost two eyes and a hand in a bomb explosion, a disability that was confirmed in a state hospital report.

After 21 days in detention, Konakçı was arrested by a court in İzmir on Jan. 10 and has been kept in a prison in İzmir’s Menemen district since then.

“During his hearing on Jan. 10, lawyer who was appointed by the İzmir Bar Association didn’t come to defend my husband. After the court appointed another lawyer who had no information about his defense, he was arrested,” wife said.

Asking for Takan’s help in reaching the relevant authorities to get her husband out of prison, Özlem Konakçı said that their 13-year-old daughter doesn’t speak to anyone and their 3-year-old daughter waits for her father to return.

“I worked hard to bring my elder daughter and my husband out of depression after he lost his hand and eyes in the bomb explosion in 2009. Everything was just getting back to normal; however, he was imprisoned on allegations of things he was never involved in,” she said.

“How can a man who is blind, cannot use his hands and has difficulty walking eat and go to the toilet alone? How can he take care of his daily needs? How can he wash his clothes?” she added.