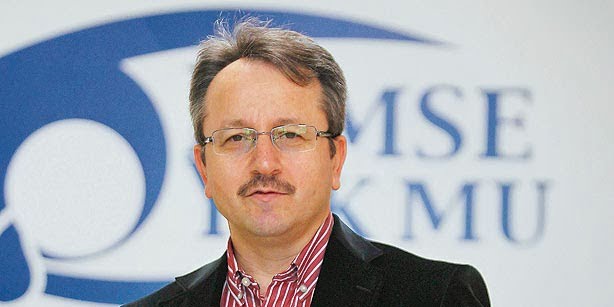 Kimse Yok Mu Foundation (KYM) continues to provide aid to 320 thousand registered needy families around the world on a regular basis and offers a beacon of hope for over 3 million in total. Having some 53 thousand volunteers, the foundation provides aid from staples to medical or education assistance to hundreds of thousands in places including Gaza, Syria, Myanmar and Somalia.

“The world’s biggest problem is not economic but “egonomic.” I mean it is the egoism in a person’s inner world. We’ve been seeking to turn that egoism into the idea of doing something good and benefiting others.”

Cingoz said charities are of great importance to countries and nations. He further said to take away someone’s ambition to help others is actually to blow up his/her conscience. “To destroy whatever do not belong to me is in fact to set fire and bring an end to this country. A door to charity, like KYM, is not easily born. I think this kind of attrition is actually shooting ourselves in the foot.”Gaza among the top five most assistedCingoz recalled thousands have been victim to Israel’s attacks on Palestine. He revealed Gaza is among their top five most assisted places. “Gaza has a population of 1,5 million. KYM established its water infrastructure serving 60 thousand people. We also built the renowned Gaza Sifa Hospital and the library serving 6o thousand students in the Gaza campus of El-Kuddus University. The country is always among the top five of our international aid efforts. We will also give away mattresses and blankets to some 10 thousand for winter.”“We are following up on 110 thousand Syrians”Cingoz said the foundation has been providing scholarships to the children of 211 families affected by the mining disaster in Soma, Turkey. They donated apartments to 11 victim families as well. Speaking of their efforts for Syrian refugees, Cingoz said they’ve been following up on 110 thousand Syrians and spent 67 million Turkish Liras to date.