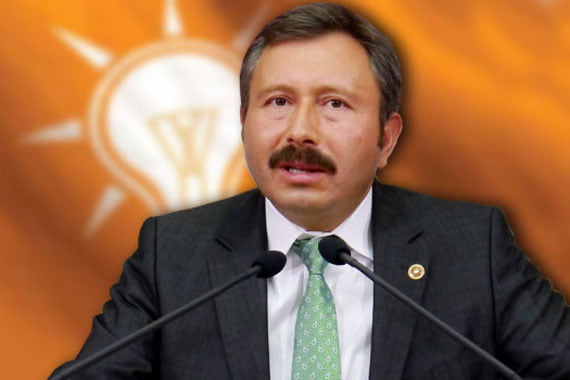 A statement released by the AK Party said that Bal was referred to the disciplinary board on the grounds of “giving speeches that conflict with party politics,” implying that it may have been due to tweets Bal sent last week.

Kütahya deputy İdris Bal last Thursday tweeted his opinion that prep schools serve an important purpose in leveling educational disparities. In another tweet he added: “A private company cannot be opened or shut down under orders. As the market will not work as per orders, this structure will continue underground.”

Bal held a press conference in Parliament hours after the AK Party announced its decision. Reiterating his opposition to the closure of prep schools, he said that such a move would violate the Constitution.

Stating that this issue concerns supply and demand, Bal said that as long as there is a need for such schools, it is impossible to close these institutions.

“Democracy is not just having a multi-party system and a ballot box. Democracy also means freedom of expression, press freedom and the right to free enterprise,” he said.

“You cannot give orders in democracies,” Bal added.

The deputy also expressed sadness for the state of Turkish democracy in reference to the AK Party decision to expel him due to his opposing views.

While Bal’s expulsion process continues, other AK Party deputies have also raised their voices against the government plan to shut down prep schools. Two deputies from the AK Party have rallied against the draft law on prep schools, claiming that it would violate freedom of enterprise and the right to an education.

AK Party Karaman deputy Mevlüt Akgün said he stands behind his earlier promise that he will vote “no” on the bill to close prep schools, stressing that forcibly shutting down these education centers would be in violation of the Constitution.

Prime Minister Recep Tayyip Erdoğan confirmed on Wednesday the government’s earlier announcement that it is working on legislation to shut down all existing prep schools, arguing that they operate as a second education system. Opponents of the plan have noted that the existence of prep schools is a consequence of the many inadequacies of Turkey’s schools and education system, and said that by offering tutoring at affordable prices, prep schools help low-income students enter university.

Akgün said that the attitude associated with a desire to ban prep schools is not in line with the mission of the AK Party and violates the principles enshrined in the Constitution. He also noted that a regulation banning free enterprise would be rejected by the European Court of Human Rights (ECtHR). Akgün stressed that he views the prep school issue through a prism of constitutional rights and freedoms and that the establishment of these schools is protected as part of the notion of freedom of enterprise.

The AK Party deputy said that the state could implement certain restrictions to the size of the teaching staff or space used for courses, but it is “not correct to ban these prep schools.”

“Banning prep schools through legislation is against the freedom of enterprise, economic freedoms, and human rights and freedoms. Additionally, attending a prep school is a choice. You can choose to enroll your children in prep schools or not,” the lawmaker said.

Akgün also explained how the prep schools help address the shortcomings of public schools and suggested that improving the overall education system in Turkey would automatically alleviate the need for prep schools.

“You can’t solve these issues by banning or shutting down [education centers]. If you have holes, deficiencies in your education system, people will look for private tutors when the prep schools are closed. That will be even more costly. This issue should be left to the will of the people. Those who want to send [their children], let them. If such a bill comes to Parliament, I will vote no. I stand behind my word. I don’t think such a law would be right,” Akgün underlined.

He said he graduated from the Turgutlu religious high school and was accepted by a medical school thanks to the university prep schools. Yurttaş added that his two daughters were also enrolled in prep schools and that they benefit enormously from them.

Yurttaş stated that prep schools are a necessary outcome of the continued shortcomings in the education system and praised them for providing quality education.