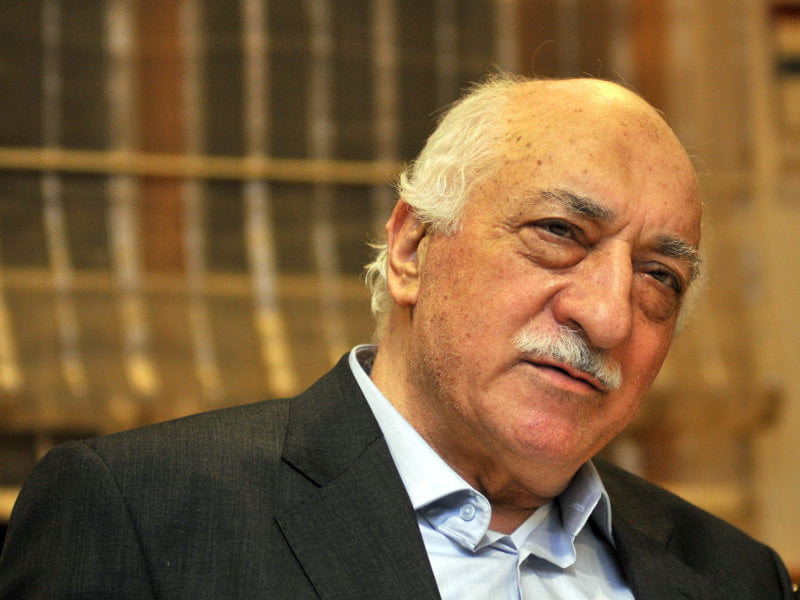 The power of the Turkish philosopher is that he gradually managed to captivate hundreds of thousand of people with his ideas. How did he do that? Through schools. As a good gardener that created his bountiful garden for years and decades, Fethullah Gulen directed his pupils toward consecutive and persistent transmission of knowledge and ideas.

I first heard about Fethullah Gulen during last year’s Ukraine-Turkey symposium on “Integration problems of scientific, educational and intellectual potential in the process of state creation.” He was among the first Islamic scientists to comment on the terrorist acts of September 11, and the tragic events in Beslan. In his interviews Gulen emphasized: “The murder of one innocent being is equal to the murder of the whole of humanity.” In the Turkish thinker’s opinion, religion in its essence is the furthest away from social, moral and spiritual violence.”

Fethullah Gulen was born in November, 1938, in the village of Korucuk, near Erzurum, in the east of Turkey. His father was a village imam, so at the age of 13 the boy was already good in Arabic and knew the Koran by heart. At the age of 26 he organized his own circle, where he conducted conversations on religious topics with great success. The young Gulen was interested in such subjects as social justice, self-perfection and upbringing of the new generation. One cannot say that he was a rebel and a revolutionary — that would be nonsense for a Muslim, though after the military coup of 1980, which brought a tough regime to power in Turkey, Gulen resigned from the post of preacher. However, since 1988, he actively started writing articles for the Yeni Umit (New Hope) magazine. The first of them was called “In the heartfelt atmosphere of new hope.” Fethullah Gulen has always looked forward.

THE PRIMACY OF HEART
It’s difficult to explain the phenomenon of Gulen in one article. As we see, even as a journalist, he began quite late. So how did he manage, in a relatively short period of time, to become a star on the spiritual horizon of Turkey? The strong sides of Fethullah Gulen were philanthropy, heartiness, ability to persuade, and a laudable purposefulness and consistency. This is how the Ukrainian writer and orientalist Oleksandr Shokalo characterized the creative abilities of the Turkish philosopher:

“The Western civilization became known because of its rationality. And the East is a cradle of moral and morality. For Ukrainians, as well as for the nations of the East, the leading principle of life is the primacy of heart, not mind. The great Ukrainian pedagogue, the founder of Ukrainian science and national schooling, the reformer of school education Konstantin Ushinsky sets this principle as the basis of forming the national character: ‘Theoretical life of mind creates mind; but only practical life of heart and will create character.’ Isn’t the educational system and intellectual peacemaking movement of Fethullah Gulen founded on the same common for all people moral basis of heart, love and virtue? The ascetism of Ukrainian thinkers and pedagogues that didn’t depend on any confessional dogmas, professing the Truth from the heart and living inside of it, even through centuries has much in common with the present selfless mission of Gulen as an Islamic thinker.”

The opinions of other famous people complete the portrait of the philosopher. One should mention the Russian academic Rostislav Rybakov, who said: “It is very important that there is such an intellectual as Gulen in our time. Standing against violence, he wishes spiritual elevation for humanity. The ideas of Gulen could have embraced the entire world.”

Imagine: if at the beginning of Gorbachev’s thaw the articles of the Turkish philosopher were read by the intellectuals of Russia, Armenia, Azerbaijan, Georgia and Moldova… Would then the bloody conflicts in Nagorno-Karabakh, Abkhazia, Transnistria and Chechnya be possible?

INCREDIBLE ABILITY TO COMMUNICATE
“Gulen is a spiritual personality,” states Shokalo with admiration. “His heartfulness and cordiality became the motive for the growth of his incredible ability to communicate! He became the pioneer of wide-ranging activity in the field of dialog with representatives of other religions in Turkish society, which has for long centuries been dominated by the Muslim population. Gulen’s meeting with the leader of Catholic world, Pope John Paul II, the Sephardic rabbi of Israel Eliyahu Bakshi-Doron, the Ecumenical Patriarch Bartholomew I of Constantinople, the Armenian Patriarch Karekin and leaders of other communities have found their response in society and prepared the foundations for close cooperation among the various groups. Due to this Gulen became a favorite and honored figure among the leaders and members of other religious communities.”

How we lack such a person, who would be able to unite… well, at least the Ukrainian Orthodox population. Or who would help to establish a constructive dialog between the intellectuals of our East and West. Whose voice would re-sonate to the quarrelling parties and scattered public organizations… Hasn’t the time come for the rich to listen to the pleadings of the poor? This can’t be done without negotiators. It is a pity that Ukraine doesn’t have a person of Mahatma Gandhi’s caliber. Turkey, a country which we snubbed for 30 years, has such a person. And this person is Fethullah Gulen — our contemporary. Incidentally, the Turks have never been set a task of liberation from the colonial oppression. Save perhaps the need of modernization, speeding up economic and spiritual development. The fact that a potentially powerful country has stepped out of shadows is partially to Gulen’s merit.

THE SCHOOLS OF NEW TYPE
The power of the Turkish philosopher is that he gradually managed to captivate hundreds of thousand of people with his ideas. How did he do that? Through schools. As a good gardener that created his bountiful garden for years and decades, Fethullah Gulen directed his pupils toward consecutive and persistent transmission of knowledge and ideas. In 1966, in Izmir he had tried out a model based on which social-educational initiatives inspired by Gulen have developed many years later. This event was the creation of a private gymnasium (necessarily a boarding school so that the out-of-school education of pupils was more effective). Later on, he managed to set up an effective cooperation of pedagogues and sympathetic businesspeople. Eventually, such an approach started producing impressive results! This was admitted not only by the Muslim intellectuals. Gulen’s schools are also highly prized in Russia. In particular, the academic Rybakov described his impression of [Gulen’s] pupils as follows: “Young, active, Europeanized to the highest extent — if one were to use this word in a positive meaning — broadly educated and wonderfully brought up. To be honest, I must say I first came across this new generation not even in Turkey, but in Central Asian nations, including the Kirghiz and Kazakhs, who were born in the Soviet Union, but started their lives in the Turkish schools that were opened there.”

It is strange that Gulen, the author of 65 books and 7,000 articles, has remained obscure for such a long time. Only in 2005 was he honored by the UNESCO prize for the propagation of the ideas of tolerance and freedom. But in 2008 he took the first (!) place in the rating of international intellectuals in the American magazine Foreign Policy. Now he has millions of followers. It’s a pity they are concentrated not in Ukraine. Otherwise we would not have reached the present condition. Of course, the specificity of Gulen’s doctrine is that it is based on Islam, but Ukrainians could have tried creating a similar movement based on Christian doctrine. I will remind that after World War II Christian democrats of the West were the ones to save the ruined Europe from collapse. Besides that, the constructive, uniting part of Christian democracy has shown itself even in the regionally disparate Italy and Germany. Isn’t that topical for us? One cannot say that Ukraine has no institutions that would pursue the same goals as Fethullah Gulen. The work of the Ukrainian Catholic University in Lviv deserves appreciation. And how can one forget Yevhen Sverstiuk? Thus, if there is a basis, we just have to learn from the Turks how to effectively create social networks, as they are the foundation of success. In any case, the Turkish example does give Ukrainians hope. Fethullah Gulen could have become a symbol for us. As he was the one who, according to Rybakov’s words, “without dramatic effects, slowly, quietly, as a gardener, changed the inner life of his country, transformed it beyond recognition, and, in the end, brought up a generation of free people.” Needless to say that Ukraine now requires renewal no less that Turkey once did.