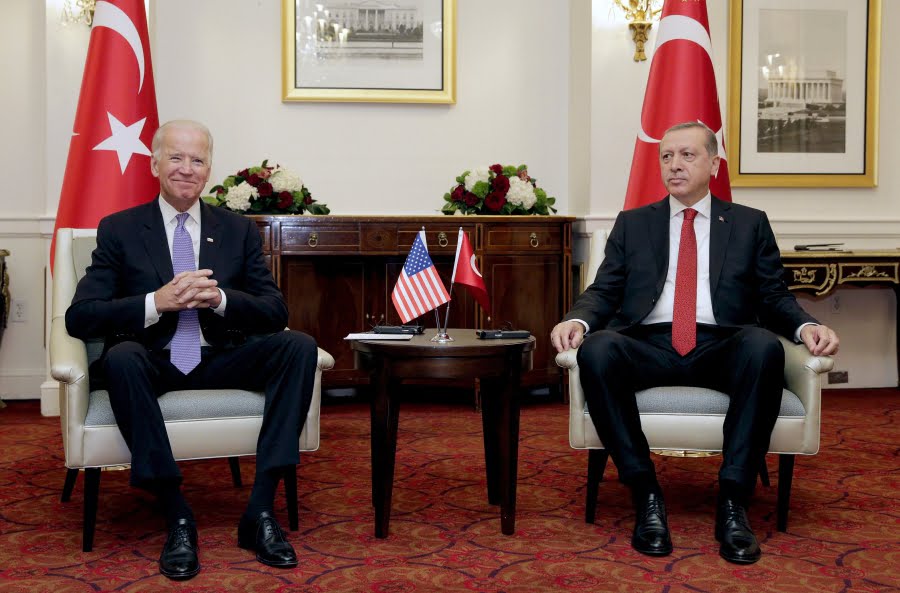 The U. S. Department of Justice, the American justice system and the judicial proceedings in Washington has maintained the position of the law as provided in the constitution of the States, which has tightened the loose demands of President Recep Erdogan to bring to him dead or alive the body of the Islamic scholar, Fethulah Gulen at the 1, 000 room home of the president in Turkey.

In a recent interview with Reuters, Turkish President Tayyip Erdogan said that the United States should “not harbour a terrorist” like U.S.-based cleric Fethullah Gulen and that his activities should be banned around the world.

At separate meetings between President Barrack Obama, U.S. Vice president Joe Biden and President Recep Erdogan of Turkey, the American justice system has technically made it very difficult and imposable for the unlawful demands of Erdogan to be met.

Unfortunately for Erdogan, the US constitution is commonly described as being very rigid. This stems from the fact that it is codified – laid down in one singular sovereign document, which sets out both the powers and limitations of each distinct branch of government.

President Obama has stated very clearly to his Turkish counterpart that the US presidency has no power over extradition, but strictly the responsibility of the courts and the US Department of Justice.

Furthermore, the US has a notoriously difficult amendment process like Nigeria, first a bill must be passed in both houses of Congress with a super-majority of two-thirds, and then it goes to the states, where three-quarters of state legislatures must approve of it.

Thus, it is very difficult to get an amendment proposed, that explains why there have only been twenty seven successful attempts to amend the US constitution in over 200 years.

However, the options available to Erdogan are number one, to propose and sponsor amendments at the US parliament, number two, is to provide evidences to his claims against Gulen.

It is difficult to believe or imagine that the President of Turkey or any other President for that matter can advocate for a restriction in exercising one’s fundamental rights to associate, express one-self and be involve in any form of business or legitimate transactions around the world.

That of course is one of the demands by Erdogan compelling the US government to ban the activities of Gulen around the world; perhaps the thinking of the Turkish president is that the US government has a domineering network of powers to prevail on countries globally to enforce his stance on a particular matter.

There is absolutely something the Turkish president is hiding from the general public; he has not told the world what exactly he has against Fethullah Gulen, arising from his demands, and his resolve to use the instrumentality of government available to him to silence Fethullah Gulen and the Hizmet participants all over the world.

In the time past, kings reserve the draconian privileges to demand for the head of a subject and it will be delivered to him, but certainly not this time when dynamic laws have been put together to give limitations and as well give freedom to citizens.

The fear around Erdogan has been the growing influence and followership of Gulen movement, which seek to address poverty, illiteracy, deprivation, unemployment, fundamental rights, liberties and freedom of the people.

There is growing desperation within the state of Turkey heightened by President Erdogan to ensure that Fethullah Gulen is brought back to Turkey to use the instrumentality of the state to incarcerate Gulen, and worse, eliminate him.

Authorities have cracked down on schools, media and businesses associated to Gulen since the July coup. Turkey has sacked or suspended more than 100,000 soldiers, police and civil servants since the failed coup on suspicion of links to Gulen’s network. At least 40,000 have been detained.

Turkish officials say Gulen has built up a network of followers over decades inside the armed forces and the civil service to take over the reign of power in Turkey, and if this is achieved through a democratic process, there is absolutely nothing wrong in power changing hands.

Earlier, Erdogan has said Washington has no excuse not to hand over Gulen to him as demanded, but this is an expression of ignorance and lack of wisdom on the side of Turkey, just like the proverb which says that “If the gods want to kill a man, they first make him mad.” Apparently, the Turkish President is not empowered by any provision to compel the US to succumb to his demands.

Erdogan said Turkey will extend the state of emergency, even though critics have said that the extension purported by the state is a deliberate plot by Mr. President to rule by fiat without any recourse to the parliament.

The President of Turkey said, “It can be extended for three months or one month or even more, Gulen’s people have infiltrated everywhere … we will continue to identify and arrest the plotters, extending the state of emergency will help this process.”

Turkey has accused the EU of double standards in criticizing the crackdown while showing hesitation in condemning the coup. Turkey’s ties with the United States also are strained over Washington’s support for the Syrian Kurdish YPG militia, which it considers a terrorist group. The YPG has been among the most effective partners on the ground in the U.S.-led fight against the Islamic State militias.