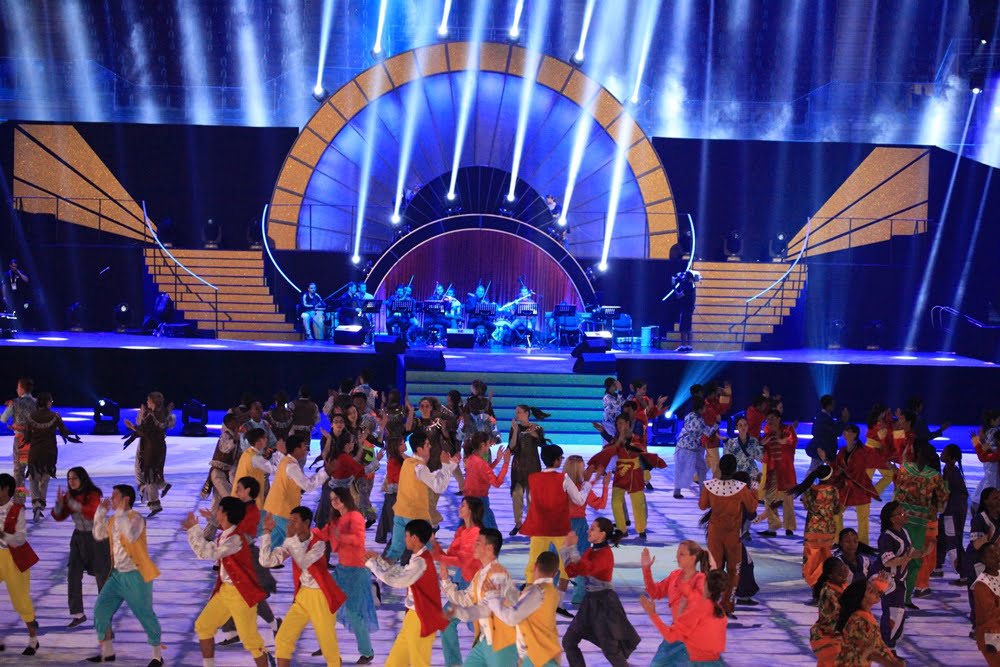 A remarkable closing ceremony was held in Dusseldorf on Saturday night for 12 th International Language and Culture Festival under the motto “Hearts United with the participation of students from 145 countries.

The event, which was sponsored by the International Turkish Education Association’s (TÜRKÇEDER), took place at ISS Dome arean. The arena was fleck by around 15,000 people, most of whom Turkish people living in the European countries.

Head of the TÜRKÇEDER Ali Ursavaş made a speech at the beginning of the ceremony saying that a strong bridge of friendship was formed among the students thanks to the festival, which is a very promising step for the future.

Students performed dances, songs and special shows at the ceremony, which received great applause from the audience.

16 June 2012 / TODAYSZAMAN.COM Turkish and Islamic scholar Fethullah Gülen has said he prefers staying in the US longer to avoid damaging positive developments in Turkey in a first public response to Turkish prime minister’s invitation to Turkey. “If [my return] halts positive developments in Turkey, [I prefer] staying here if my lifespan allows […]