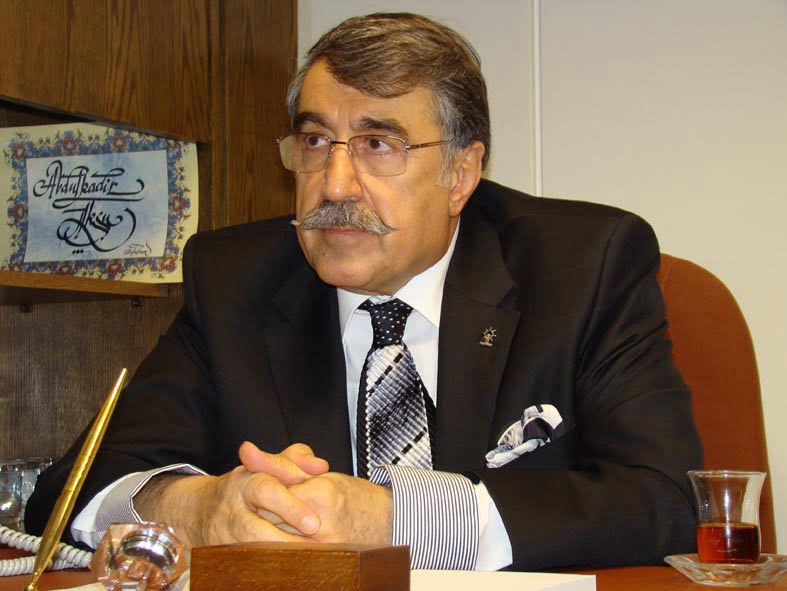 Noting that he is waiting for the 12th Turkish Olympiads with excitement, Aksu described the Olympiads as “humanity’s embrace.” According to him, the unsung heroes around the world who make the Olympiads possible are doing a great job for humanity.

Amid Prime Minister Recep Tayyip Erdoğan’s smear campaign against Turkish schools overseas and the Turkish Olympiads, Aksu said he had visited those schools with pleasure during his term as minister.

“We were not only excited to hear choruses singing in Turkish, but also shed tears,” Aksu commented, noting how proud he was of these schools established by Turkish entrepreneurs abroad.

“It is said there are Turkish schools in 160 countries. We can thus talk about 160 countries around the world having an Anatolian touch,” Aksu added. Stating that some of these schools are established in warzones and poverty-stricken areas, Aksu said they represent peace similar to Mevlana Jalaladdin Rumi and have become islands of peace in the areas where they are established.

Thanking everyone who has contributed to the establishment of these schools and the Olympiads, Aksu said the Olympiads held in Turkey every year celebrate the diversity of various countries. According to Aksu, they also strengthen the belief that Turkish people can be a representative of peace in the world.

İPEK ÜZÜM, İSTANBUL The government should take a more active role in preventing domestic violence — which is on the rise across Turkey and the world — stated the final declaration of the conference on violence and society organized by the Journalists and Writers Foundation‘s (GYV) Women’s Platform between Nov. 24 and 26 in İstanbul. […]