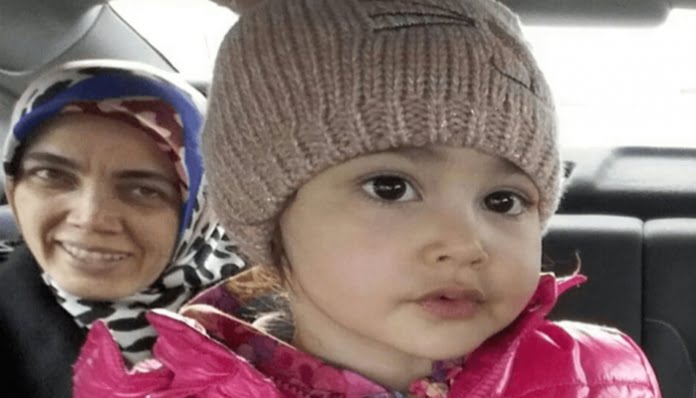 The most recent example of a widespread witch-hunt targeting alleged members of the Gülen movement was experienced in Turkey’s capital city of Ankara. The Turkish government has detained wives, daughters and parents in the wake of a coup attempt on July 15, 2016 in order to put pressure on a targeted person. When the person sought has not been found or when a detainee has not said what the government authorities want, his or her family members have also been detained. These arbitrary detentions and arrests have been characterized as the “law of hostage” or the “law of blackmail.”

The last victim of this arbitrariness and unlawfulness, which have led to countless victimizations, was teacher Semra Çakır. As her husband, Yusuf Çakır has exercised his “right to silence” after he was detained, his wife Semra Çakır, was also detained five days later.

Semra Çakır received no response when she asked the prosecutor and judge, “Why did you arrest me? What is my crime?” Her 2-year-old daughter Zeynep Şura accompanied her mother to Sincan Prison.

The relatives of the Çakır couple have spoken to the Stockholm Center for Freedom (SCF) and provided information about the incident and the pretext for her arrest. According to the family, a detention warrant was first issued for Yusuf Çakır, who was alleged to be responsible for the Gülen movement in Aksaray province, in the wake of the coup attempt. However, he was not found and therefore not detained. So, Semra Çakır was detained by Turkish police in Ankara on Oct. 12, 2016 instead of him on accusations that she was responsible for women in the movement in Aksaray province. Çakır, a mother of three, was immediately referred to the Aksaray Police Department.

Her children had to stay in Ankara. One of them was a 7-month-old baby girl who was being breast fed. Semra Çakır’s elder sister had to take the baby every two days to Aksaray province by car, a three-hour drive, to be with her mother in police custody. However, Semra Çakır was arrested by a local court after 12 days of detention and sent to Konya Ereğli T-Type Prison. She subsequently had the child brought to be with her in prison, and Zeynep Şura is growing up in prison like hundreds of other children in the same situation.

Semra Çakır was eventually released on Jan. 18, 2018 after 15 months in prison on condition of judicial probation. She again lived at her elder sister’s house in the Gölbaşı district of Ankara. She had to go to the Gölbaşı Police Station one day a week and sign a statement to prove her presence. On Feb. 10, 2018, her husband, Yusuf Çakır, was detained in Sinop province and put in jail. But he exercised his “right to silence” during his interrogation while in police custody. He also refused to testify to the prosecutor.

According to her relatives, Semra Çakır reacted to the detention warrant by saying: “I’ve already been under arrest for 15 months. I was released on January 18. I have signed in at the police department every week. I was arrested just because of my husband. Why this detention warrant now?”

Police officers reportedly pointed to an investigation launched by the Aksaray Chief Public Prosecutor’s Office as the reason. She was taken to the Gölbaşı Courthouse where she was connected to the Aksaray Courthouse through a video conference system (SEGBİS). The prosecutor demanded her arrest. Semra Çakır defended herself by saying: “Why? I have signed in every week with the police department. Also, there is no question about me escaping. Why do you want the court to arrest me again? What is the charge against me?” Although prosecutor did not say a word, the judge ruled for her re-arrest.

Her relatives said that Semra Çakır was shocked by the decision as she thought that she had visited the police department together with her 2-year-old daughter as a part of a routine procedure. When Semra Çakır was transferred from the courthouse to the police department to complete the arrest procedures, baby Zeynep Şura asked her mother to take her to the playground. The relatives said then Semra Çakır could not hold back her tears. After the procedures were completed, both were transported to Sincan Prison in Ankara.

According to her family, Semra Çakır has stated that “they are detaining me to blackmail my husband and put pressure on him. My little baby was able to see the outside after staying 15 months in prison. She tasted the outdoors. How could I be imprisoned with her again? What will I tell my little daughter?”

As mother and daughter were on their way to the prison, her other daughters, 14-year-old Şehbal and 12-year-old Yüsra, were unaware of the developments and were expecting their mother come home.

Women who have been jailed in an unprecedented crackdown have been subjected to torture and ill-treatment in detention centers and prisons as part of the government’s systematic campaign of intimidation and persecution of critics and opponents, a report titled “Jailing Women In Turkey: Systematic Campaign of Persecution and Fear” released in April 2017 by SCF revealed.

Turkey survived a controversial military coup attempt on July 15, 2016 that killed 249 people. Immediately after the putsch, the Justice and Development Party (AKP) government along with Turkish President Recep Tayyip Erdoğan pinned the blame on the Gülen movement.

Turkey has suspended or dismissed more than 150,000 judges, teachers, police and other civil servants since July 2016. Turkey’s interior minister announced on December 12, 2017 that 55,665 people have been arrested. On December 13, 2017, the Justice Ministry announced that 169,013 people have been the subject of legal proceedings on coup charges since the failed coup.

A total of 48,305 people were arrested by courts across Turkey in 2017 over their alleged links to the Gülen movement, said Turkish Interior Minister Süleyman Soylu on Dec. 2, 2018. “The number of detentions is nearly three times higher,” Soylu told a security meeting in İstanbul and claimed that “even these figures are not enough to reveal the severity of the issue.”