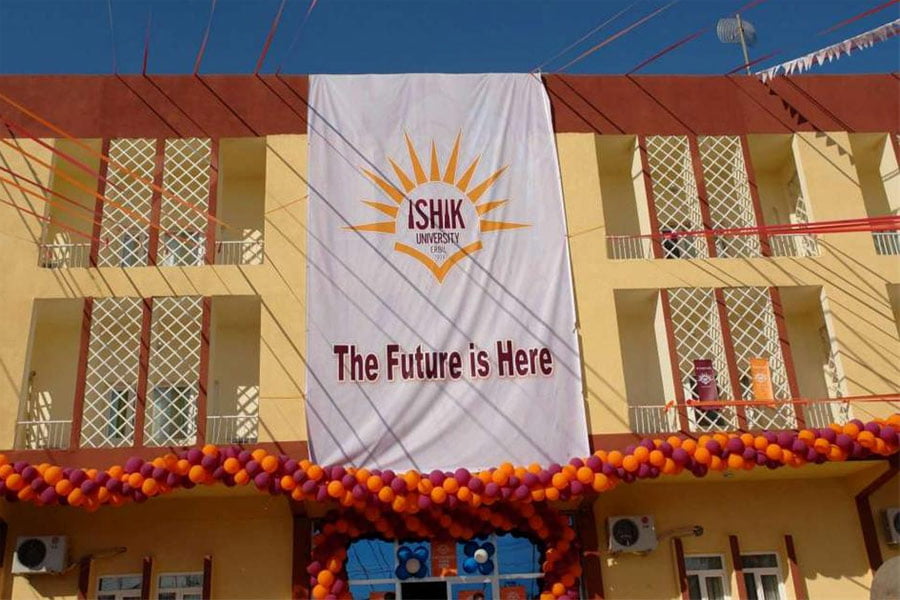 In a country that has been rocked by violent conflict for more than a decade, a Turkish-led drive to improve education in Iraq is flourishing.

Ankara has not let its complicated relationship with Turkey’s Kurdish population mar its education ties with Iraqi Kurdistan, which are strong and growing more powerful every day, encouraging Kurdish university students to prolong their studies at Turkish universities and prompting Turkish students to study in northern Iraq.

“We are sending an average of 1,000 students per year from the Kurdish region to Turkey to study at Turkish universities,” Muhammad Simko said.

Simko owns an education company in Arbil. He said Turkey is the most suitable country for Kurdish students to study in because culturally “we are very close and our border is not really far and students do not feel like foreigners in Turkey.”

Students who graduate from Turkish universities can work as bureaucrats in the Kurdistan Regional Government (KRG) without facing any obstacles.

Talip Büyük, general director of Fezalar educational company in Iraq, told Sunday’s Zaman that on average every year they receive 50 Turkish students from different provinces of Turkey to study in different departments at Ishik University.

Büyük noted that Turkish students are also coming to study at different universities in the region such as Salahaddin University in Arbil (SUH), University of Duhok (UOD) and other institutions of higher education.

Fezalar as a connecting bridge

The success story of the private Turkish university in Iraqi Kurdistan is more or less an established fact. It provides Kurdish and Iraqi students with high-quality educational services.

During the civil war in the Kurdistan region of northern Iraq, Turkish Fezalar Education Company crossed the borders of a structurally unsound region with the intention of providing students with high quality education.

Büyük told Sunday’s Zaman that the company has so far opened 18 high schools across Iraq, of which six are located in Kurdistan provinces including in Kirkuk.

“We considered improving our educational services years ago,” Büyük said. “The company had the slogan ‘The Future Is Here’ and decided to open Ishik University in 2008 with the permission of Kurdistan’s Education Ministry,” he added.

Several high-ranking officials from both the KRG and Turkey attended the inauguration ceremony of the university including Prime Minister Nechirvan Barzani, a Turkish diplomat and MPs from both sides. The opening of the university enhanced relations between Turkey and the KRG even further.

The admission process of students is operated under a different procedure from other private or public universities in Kurdistan.

However, Büyük said all students who graduate from the university are supposed to speak four different languages.

“After a one-year English-language preparation course, they study Kurdish and Turkish as well as Arabic during their academic years, too,” Büyük said.

“Each student has to pay around $1,500 to register for the university per year,” he said, adding that around 2,000 students are currently studying in different departments of Ishik University.

Büyük said the number of staff working in Fezalar Education Company is estimated to be around 1,000 across Iraq, of which around 13 are Kurdish teachers.

The company started its educational activities by establishing Ishik High School in Arbil in 1994 because they wanted to make locals aware of the fact that a Turkish educational company had come to Kurdistan to provide a high quality education and to promote local and universal values.

Until the fall of Saddam Hussein’s regime in 2003, around 1,500 Kurdish students had received free education.

Büyük said the company established a school in cooperation with the KRG three years ago in the city of Halabja, a predominantly Kurdish town where the former regime used chemical weapons to quell an uprising, killing at least 5,000 civilians.

He said education in the school is free of charge and that around 286 students are now enrolled there. “Next year we will try to admit 100 more students so the total number will be 386 students.”

The school also provides students with accommodation and food in addition to educational services.

The company’s administration also donated $1 million in scholarships to assist Syrian refugees who have fled violence in Syria and are now living in the region. The company believes that this may be the best way to help them out as an educational body.