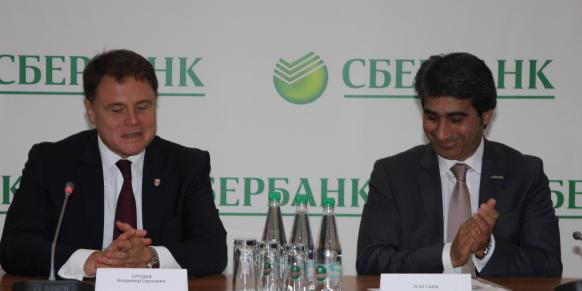 Turkish and Russian businessmen convened at the Tula Regional Investment Forum, in the city of Tula on Friday, according to the Cihan news agency.

Addressing the Turkish businessmen in attendance at the forum, Gruzdev said: “Your visit to our region is very important. Businessmen from Tula as well as a variety of institutions in the business world are interested in creating partnerships with Turkey. Historically, our region is famous for agricultural, machine and chemical industries. Our facilities operate according to modern standards. You can be sure that those interested in investing in Tula will not regret it.”

“The Turkish and Russian economies do not see each other as competitors but as complementary to each other. As Turkish businessmen we are open to concrete projects in the Tula region and are ready to evaluate such initiatives together,” said Sarı, adding that RUTİD had previously brought Russian businessmen to experience the Turkish business world, and that Tula-based businessmen were welcome to visit Turkey.