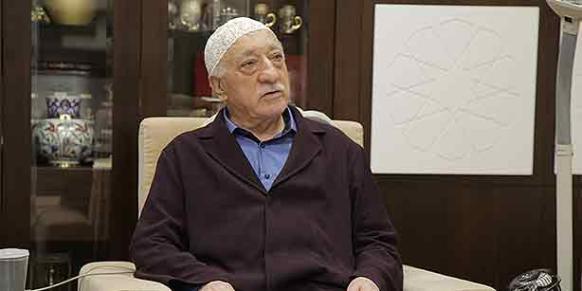 The 82-page report confirm previous statements, including by Bruno Kahl, the head of the German intelligence (BND), who recently said that there was no evidence that the Gülen movement was involved in the July plot.

A document by Intcen, the EU intelligence centre, unveiled by The Times last January, also concludes that the Gülenists are not to blame for the coup attempt, and that the perpetrators included a wide range of opponents of Turkish President Recep Tayyip Erdoğan.

The authors of the report, who describe the contacts they were able to have in Turkey, say that the evidence presented so far to argue in favour of the culpability of the Gülenists for the coup attempt has been overwhelmingly anecdotal or circumstantial.

“The attribution of blame solely to the Gülenists is especially important because it has justified and sustained an effort by the government to remove, root and branch, perceived Gülenists from positions of public influence in Turkey,” the report says.

According to the study, the Turkish government describes the Gülenists as a highly-organised terrorist conspiracy that hides behind a charitable face to conceal its true objective: forming a parallel state to infiltrate, undermine, and supplant the current Turkish government.

Turkey’s National Security Council called the Gülenists the “Fethullah Terrorist Organisation” (‘FETÖ’), in May 2016, six weeks before the coup attempt.

Conversely, the Gülenists, who use other terms to call themselves such as “Hizmet” (The Service), describe themselves as a philanthropic social organisation that is inspired by a moderate and democratic interpretation of Islam but that does not discriminate on the basis of faith, and which embraces secularism while focusing on charity, welfare, dialogue, and education.

Gülenists told the authors of the report that “the total value of the land and properties seized [in Turkey] from Hizmet–affiliated schools, universities, hospitals and charities is estimated to have reached $15 billion.

“Given the brutality of the events of 15 July, the severity of the charges made against the Gülenists, and the scale of the purges of perceived Gülenists that has been justified on this basis, there is a relative lack of hard, publicly available evidence to prove that the Gülenists, as an organisation, were responsible for the coup attempt in Turkey,” the report says.

“But the explanations provided to us by the Gülenists did not resolve our uncertainties about the fundamental nature and motives of their movement. The belief that Gülenists were responsible for the coup attempt, as well as for numerous other manipulations of the state through abuse of public positions that they held in Turkey, is manifest across the political spectrum in Turkey. A lack of transparency pervades some of the core activities of the Gülenists, making it impossible for us to confirm that all of these activities are purely philanthropic.”

“The FCO seems willing to accept the Turkish government’s account of the coup attempt and the Gülenists broadly at face value,” the parliamentary report says.

Turkey says the West fails to understand the events which transpired on 15 July, and that it has double standards when fighting terrorists.