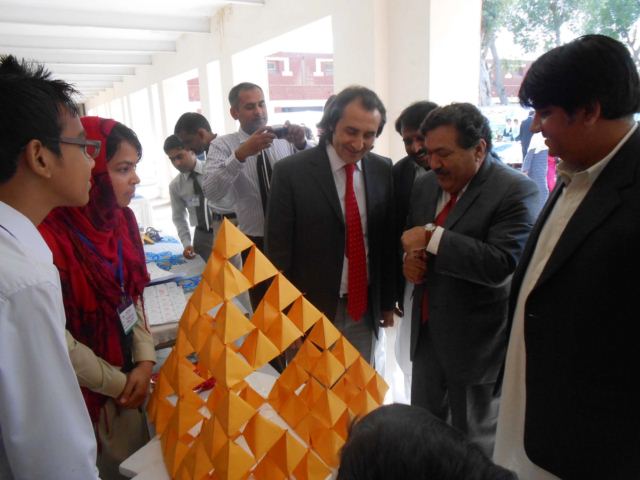 Islamabad—In a festive ambiance, young students of Pak-Turk School delightfully illustrated how science and art interconnect in real life offering valuable life lessons. The well-demonstrated 3D models showcased at the Third Eye Science and Art Exhibition on Saturday at Fatima Jinnah Park offered the visitors a unique chance to see, hear and relate with the works of art that depicted human values while enjoying Turkish cuisine.

Chairman CDA Nadeem Hassan Asif while visiting the exhibition appreciated the work of students and said “Turkey is a brotherly Islamic country which has been doing best to transform Pakistan’s coming generations, society and the economy.” Lauding the economic cooperation and support during natural disasters by Turkey, he said that provision of affordable and quality education to the Pakistani children would have a very positive and long-term impact.

The Taraf daily published a number of new documents on Monday that showed the Ministry of Education has profiled its staff based on their ideological and religious backgrounds. The documents, which date back to September 2013, suggest that ministry personnel who voiced criticism of the Justice and Development Party (AK Party) government and who are members of religious or faith-based groups were “noted” in official communiqués.