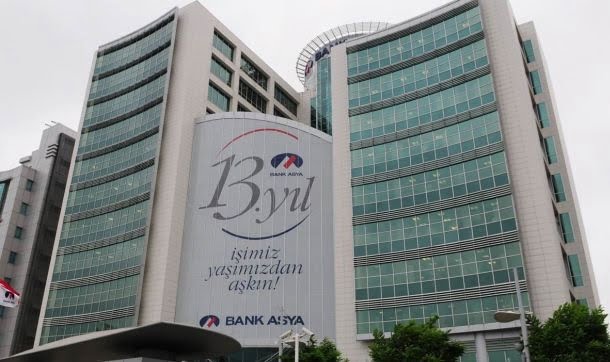 İSTANBUL
The Turkish government and the country’s banking watchdog were aware of and supported a recent defamation campaign allegedly aimed at sinking the country’s leading participation bank, the Taraf daily reported on Sunday.

The head of the Banking Regulation and Supervision Agency (BDDK), Mukim Öztekin, personally backed the defamation campaign against Bank Asya while top government figures encouraged an alleged operation involving the media and major public and private companies, Taraf said. According to the daily, Öztekin illegally shared a list of top Bank Asya depositors with senior government officials. Motivated by an initiative led by Prime Minister Recep Tayyip Erdoğan to target the Hizmet movement, which the bank is affiliated with, the paper said Öztekin and ruling party members forced top state-run banks and some leading private-owned businesses to withdraw their cash from Bank Asya. Erdoğan publicly denounced and branded the Hizmet movement as a “parallel state” after saying he believed that police and prosecutors affiliated with the movement were forced to launch an ongoing corruption probe that encircled the 11-year-old ruling government.

Taraf reported that some big companies, including national flag carrier Turkish Airlines (THY), withdrew millions of liras from Bank Asya accounts. The bank, which is under threat of being handed over to the state since it cannot meet the capital adequacy figures, was provided with extra cash by other large companies. The paper puts the amount deposited at the bank as high as TL 1 billion. Taraf said Öztekin believed Bank Asya would declare bankruptcy last Friday due to intense pressure from the government and that Erdoğan was informed the bank would do so. The new deposits, however, helped save the bank.

The daily’s report also claimed that Deputy Prime Minister Ali Babacan intervened and said he would not approve any move made to hand over the bank to the Savings Deposit Insurance Fund (TMSF) in the event that it went bankrupt.

A wave of turbulence hit Turkey’s domestic finance market — in which 11 banks went bankrupt in 2001. The bankruptcies were triggered by the failing of some smaller banks, which later created an avalanche that caused bigger banks to go bankrupt.

Bank Asya has already filed a criminal complaint against those newspapers that allegedly launched the smear campaign. The media reports accused Bank Asya of manipulation in the stock exchange.

The 28-year-old Nurhayat Yildiz miscarried her twins in prison and the dead bodies of her babies were not returned to any of her family members.