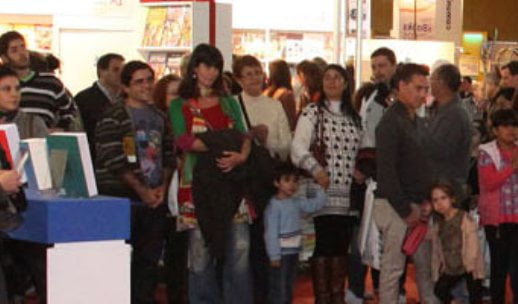 The 40th annual book fair in the Argentinean capital Buenos Aires drew a remarkable interest from book enthusiasts. The local Turkish Cultural Centre participated in the event with its Turkey booth.

The Argentinians had the opportunity to explore Islam and the Hizmet Movement. The Spanish translation of the Qur’an, Turkish cuisine recipes and translations of Fethullah Gulen’s books, in particular, were in high demand. Among them, the Qur’an translations and Gulen’s “Messenger of God: Prophet Muhammad” were sold out before the fair came to an end. On the final day of the fair, the Spanish magazine Cascada’s editor-in-chief Suleyman Kocabiyik gave a presentation on their publications. Kocabiyik spoke on Cascade magazine, Fethullah Gulen and Hizmet Movement and addressed the questions in Q-and-A session.