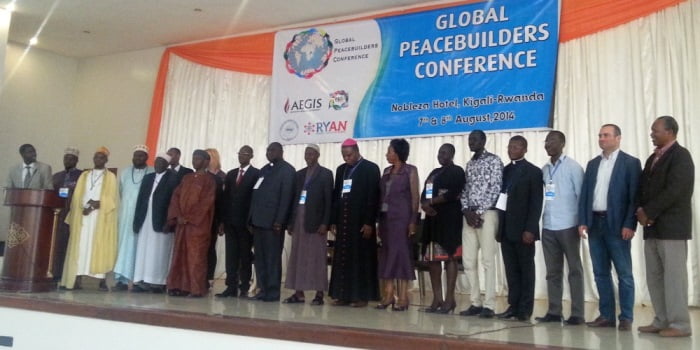 “Global Peacemakers Conference” took place in the Rwandan capital city Kigali, August 7-8, 2014. Turkey’s Journalists and Writers Foundation, the sole participant from outside Africa, attended the event having attracted a large number of academics, religious figures and NGO officials from across the continent.

In his address, the foundation’s secretary-general for Abant Platform Ibrahim Anli gave a presentation entitled “Hizmet Movement: Interfaith Dialogue and Education for Peace.” The presentation pointed out the movement’s efforts to bring together people of different segments of life wherever religious and ethnic differences evolve into conflicts.The speakers discussed the lessons drawn from the genocide claiming 1 million lives in 1994 and noted how societal relations were gradually lost back then, in the run-up to the tragic event. They brought up the following social rehabilitation and peacemaking experiences as well. They further proposed ideas for peace in the Republic of South Africa and South Sudan, in particular.Published [in Turkish] on GYV, 11 August 2014, Monday