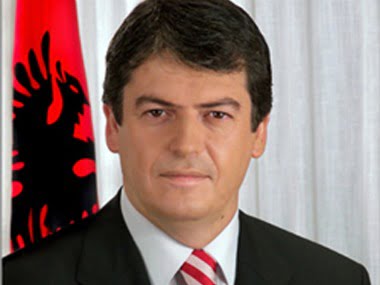 Topi, speaking at a joint press conference following his meeting with Turkish President Abdullah Gül late on Monday in Ankara, recalled that there are two Turkish universities and many Turkish high schools in his country and praised the Turkish entrepreneurs who contributed to those institutions.

Albanian President Bamir Topi has praised schools opened in his country by Turkish entrepreneurs and called for the opening of more such schools.

Topi, speaking at a joint press conference following his meeting with Turkish President Abdullah Gül late on Monday in Ankara, recalled that there are two Turkish universities and many Turkish high schools in his country.

“In the future, students who graduate from these schools will contribute to relations between the two countries,” Topi said. Topi arrived in Ankara for a three-day visit earlier on Monday. However, his arrival had been delayed due to a technical problem with his plane. Eventually, Topi flew to Ankara on board a Turkish plane sent by President Gül to Albania for his service.

Noting that Albania has fostered very good relations with Turkey based on what he said are historical and modern values in the Balkans and beyond, Topi said Gül signed a protocol supporting Albania’s NATO membership in 2008 and that his country is now one of 28 members of the alliance. “Mr. Gül has always supported our country, which is going through difficult conditions. He has always been there for us. I’m very grateful to President Gül,” Topi said, pledging to work with Turkey to build a peaceful environment in the Balkans.

Following attacks and threats against Gülen movement sympathizers by Turks across Europe, a French court has handed down verdicts punishing two men for vandalizing an educational institution and sending death threats.