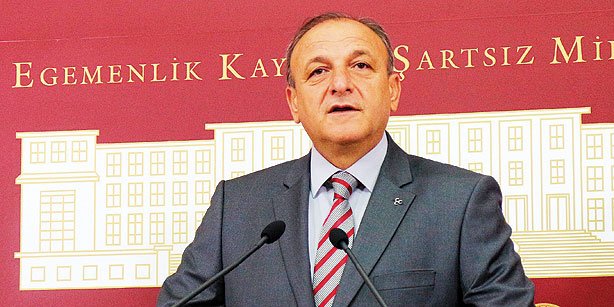 İSTANBUL
Nationalist Movement Party (MHP) parliamentary group deputy chairman Oktay Vural said on Thursday that the state should not “use its powers and mechanisms to harass its citizens abroad,” as the government’s attempts to shut down Turkish schools abroad attract criticism from across the political spectrum.

Speaking to Samanyolu TV’s Ankara representative Abdullah Abdulkadiroğlu late on Thursday, Vural said that if the government does not protect its citizens who are involved in the Turkish schools — which are affiliated with the Hizmet movement, inspired by the teachings of US-based Turkish cleric Fethullah Gülen — but instead complains about them to international governments, questions need to be asked.

“Whom does this government serve if it asks international governments to take action against Turkish citizens?” Vural said, hinting that the Turkish government is in fact denigrating Turkey itself.

According to Vural, Turkish schools abroad are like a product a country might export and that by complaining about the institutions founded by Turkish citizens, the Turkish government is in fact disparaging Turkey. “The Turkish government is denouncing Turkish schools. Should a state take such a step?” Vural said, recalling that the fundamental goal of a state is to protect the human rights of its citizens.

The faith-based Hizmet movement administers a wide network of schools and more than 2,000 educational establishments in more than 140 countries around the world. These schools provide education to thousands of students and are well known for their achievements in the International Science Olympiads.

Speaking with Zaman daily, former deputy Prime Minister Ekrem Pakdemirli has said that the Hizmet-affiliated Turkish schools aboard operate within the framework of those countries’ laws. “Steps might be taken against the schools if they are acting inconsistently with the law. Otherwise, shutting down the schools would be wrong,” Pakdemirli said, adding that the schools introduce Turkey to people overseas.

“If the schools have made mistakes, the remedy is not to close them down but to help them to reform. Shutting down [education institutes] is not a cure. If the initiative to close down schools continues, so much the worse for Turkey internationally. We cannot show foreign people our positive side by ordering the closure of Turkish schools.”

The late Turkish Prime Minister Bülent Ecevit, who was not involved with the Hizmet movement, did not to allow anybody to criticize Turkish schools abroad, Pakdemirli said.

Pakdemirli also reported that Ecevit once said in Parliament that he would not “let anyone talk negatively about the Turkish schools [abroad]. These schools are a model of Turkey’s success overseas,” Pakdemirli concluded.

Jean Paul Kouo, deputy education minister of the Ivory Coast, has said that the Hizmet-affiliated Turkish schools in his county have contributed to the development of both socio-economic and cultural bilateral ties between his country and Turkey.

As the government official responsible for the Turkish schools in the Ivory Coast, Kouo spoke about the success of the Hizmet-affiliated Turkish schools in his country and how they had helped to develop joint projects for cooperation in different fields between the two countries.

According to TR724 columnist Selin Tanbay, Erdoğan’s speech was nothing but the first signal of what she calls ‘a new plot in the making’ against the sympathizers of the Gülen movement and other dissident voices. Giving his Ramadan holiday message on September 13, Erdoğan kept his eyes away from the teleprompter and let his plans slip out for a while, Tanbay said.