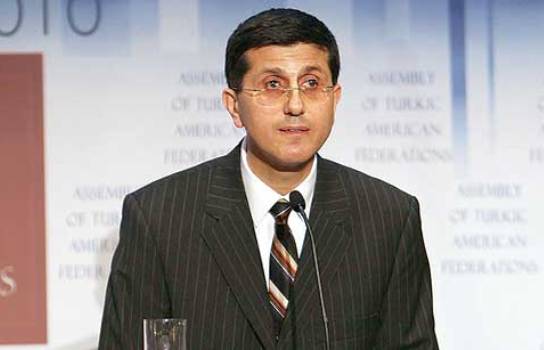 The Turkic American Alliance (TAA), the largest national Turkic organization in the US, issued a joint statement on Tuesday with six other federations to condemn illegal acts committed by the Turkish government since Dec. 17 when a government corruption investigation became public, as well as the defamation campaigns employed by the government to vilify different groups in society.

According to the TAA statement, due to these violations, the peace and stability of the country have been hurt as well as the democratic, social and economic gains made in recent years. “As representatives of the Turkish-American community, who consider the success and prestige of Turkey like our own success, we are extremely concerned about developments and hope that this crisis will be resolved using democratic mechanisms as soon as possible,” read the statement.

With over 200 member institutions, the TAA noted that they make great contributions to the improvement of the US-Turkish relations and promoting Turkey in the US.

Reaction to Sabah: Democratic participation in politics is our right

Taban also addressed the pro-government daily Sabah’s accusations that organizations in the US that are affiliated with the Hizmet movement try to influence American politicians by making donations to their election campaigns. Taban said that it is the natural right of Turks living in the US to become a part of the democratic system in the US.

“Without casting votes and making donations to political campaigns it would not be possible to strongly advocate for the rights of Turks in the US,” Taban commented. He said that In the US system, most political campaign spending is funded through individual donations rather than the state. All donation records are public.

The Sabah daily also argued on Sunday that over 200 TAA institutions are the “headquarters of an organization,” a reference to the terrorist organization argument used by Prime Minister Recep Tayyip Erdoğan to describe the Hizmet movement. However, in February 2012 Foreign Minister Ahmet Davutoğlu attended the TAA reception held in his honor and praised the work of the TAA.

Erdoğan also attended a dinner organized by the Turkish Cultural Center, a member of the TAA, in September 2007 along with then-US Senator Hillary Clinton and delivered a speech.