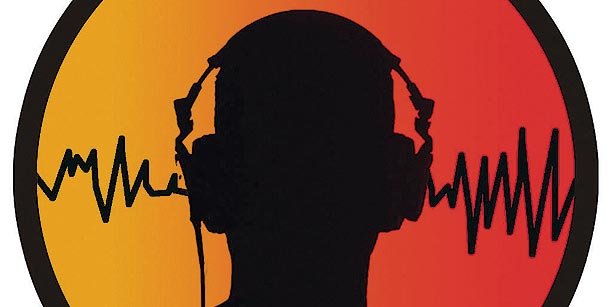 An anonymous whistleblower from the Telecommunications Directorate (TİB), the agency responsible for carrying out legal wiretaps, sent an email to newspapers and TV stations on Tuesday claiming that there is a conspiracy to bring the Hizmet movement under suspicion of infiltrating the TİB.The email claimed that the agency tampered with its system logs to fabricate evidence that the “parallel state,” a term the government uses to describe the Hizmet movement, had listened in on around 2,000 people. The message said the electronic serial numbers (ESNs) of these people were entered into the system as per instructions from TİB head Cemalettin Çelik and then erased — all to make it look like the Hizmet movement had spied on Turkish citizens and then covered its tracks. The institution would then share the “recovered” numbers with newspapers.The person, who identified himself as an active employee of TİB, said he was going public with this information because he doesn’t want to be a part of a smear campaign that could endanger the lives of many innocent people who had served the institution.

“We have been working intensively day and night for more than three months. I assumed that I was at the service of my state and nation by being on this team. I love our prime minister [Recep Tayyip Erdoğan] a lot. I believe that a massive plot was organized against our country with the Dec. 17 [corruption investigation] and a great injustice was done to our prime minister. I accepted the assignments with the idea of preventing this huge conspiracy. But after realizing where the things we are doing here are heading, I understood that I was involved in a new conspiracy, as big as Dec. 17, and committing a grave sin to the detriment of the rights of others,” the anonymous whistleblower said in the email.

After Çelik was appointed to lead the TİB, an extensive purge followed in which scores of workers lost their jobs at the agency. As they were replaced, a special team was created, and Çelik vested its members with enormous authority, the email said. “But some people, who identified themselves as members of MİT [the National Intelligence Organization], started paying frequent visits to the institution. They were in particular frequenting rooms in the Information Systems Department, where wiretaps are performed, without a badge. After several weeks, these people began coming to our offices after the end of the normal shift; they even started attending special meetings we held. The engineers from MİT were given very wide access privileges, which not one member of the TİB staff had. Our entire aim was to uncover illegal wiretaps by the parallel structure against our prime minister and the Justice and Development Party [AK Party] at TİB. But we were unable to find anything about these wiretaps in the departments we searched, no matter how intensively we worked. Even the computers of the dismissed TİB department heads were sent to MİT, to no avail,” said the email.

Çelik summoned TİB workers a few days ago, the whistleblower said, to ask them to plant the ESNs on the agency’s computers in an effort to incriminate former TİB employees. According to the email, Çelik told the workers: “Friends, I know you have been working hard but we haven’t gotten anywhere. But be sure, and I know for sure, that these parallels did all kinds of dirty work against our prime minister. We are currently at war. Some things that are not acceptable in ordinary times are allowed during times of war. It is quite probable that they have already erased all the dirt on what they did. Then what are we going to do? You will enter this list that I will give you to this system as if they were the [ESN] numbers of those who were previously listened in on. But don’t store them directly. Make it look like they had been deleted before and we managed to find them.”

He said the personnel did exactly what they were told. Among the names on the list were high-ranking military officers as well as prominent journalists, judges and politicians. “When this information became public, all segments of society would curse the parallels, they said. Then I saw that we were actually playing a big game,” said the whistleblower. According to his email, the ESNs will be shared with the press and the public in a few days. Two inspectors from TİB — Y.Y. and O.B. — have been preparing to bring the “evidence” to prosecutors, pretending that they discovered the list in their investigation, the whistleblower added.

Fatma Aşkın, a breast cancer patient who was arrested on Feb.14 in the southeastern Turkish province of Gaziantep due to her alleged links to the Gülen movement, has experienced a spread of the disease during her one-month stay in prison and has been diagnosed with stage 4 cancer.