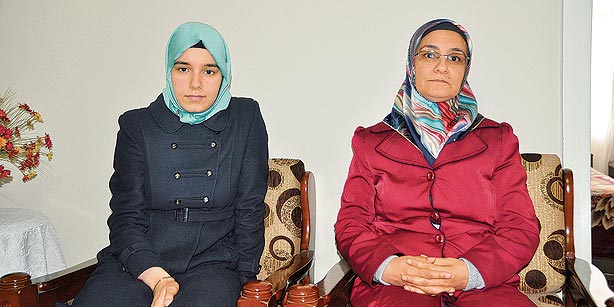 Announced in the “Special News” ticker during its broadcast on Saturday, A Haber tried to portray a group of women, who had been involved in campaigning for the SP, as members of the Hizmet movement, despite the fact that they have no connection with the movement. The report alleged that the women were trying to persuade people not to vote for the AK Party ahead of the municipal elections scheduled for March 30.

The fabricated news story might push people to question the reliability of the pro-government media’s news and could also make people worried about the manipulative nature of the “pool media” in advance of the local polls. Prime Minister Recep Tayyip Erdoğan continued the smear campaign while referring to the incident during an election rally in Adana, saying: “Some female members of the Hizmet movement are going from door to door, telling people not to vote for the AK Party. The ‘parallel structure’ is carrying out campaigns like this against us.”

However, the truth was revealed shortly after the defamation campaign by A Haber and Erdoğan. The women turned out not to be followers of the Hizmet movement but the SP mayoral candidate for Antakya Fahri Serdar Özal’s wife, Gülay, and their daughter Müzeyyen Özal, who have been involved in Fahri Serdar Özal’s election campaign. A video of the women was secretly recorded by a construction foreman in a house which Gülay and Müzeyyen Özal had visited while on the campaign trail and later sold to A Haber.

The incident occurred at the home of Fatma-Zekeriya Bilir in Antakya’s Aksaray neighborhood. A construction foreman, Zeynel Abidin K., was working on the balcony at Bilir’s house when the Özal family visited. He then secretly recorded the visit and phoned A Haber to sell the footage. A Haber’s local news director Kerim Ulak instructed Zekeriya Parıldar, the local reporter for A Haber in Hatay, to take the footage from the foreman.

Despite the fact that Erdoğan has continually condemned the use of such private images for the benefit of individual or political party interests, saying “Can those who secretly wiretapped people and abused their home privacy be Muslims? Does this have a place in religion or in humanity?” However, the images of the woman conversing at Bilir’s home have been broadcast on a national news station which was allegedly purchased by businessman on Erdoğan’s orders using a “pool of money.”

Carrying the defamation campaign a step further, A Haber announced the news by accusing the women of being members of the fabricated “parallel state,” saying: “The parallel police and parallel women are at work.” A Haber also distorted the facts about the place where the women met, claiming that the incident happened in Kırıkhan rather than Antakya.

Gülay Özal said she and several women from the SP were carrying out election campaigns in the area and that they had visited the Bilir family’s home, adding: “Despite the claims, we did not defame Sadullah Ergin, the AK Party’s candidate for municipal elections in Antakya, or Prime Minister Erdoğan during our visit. They cut out some parts of our conversation.”