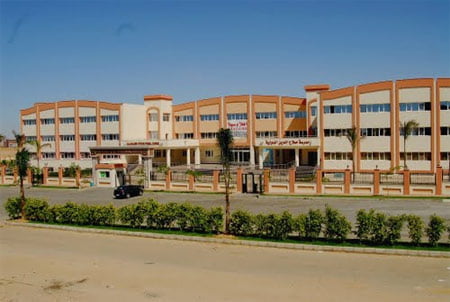 About 40 congressmen of Egypt Parliament visited the Salahaldin International Turkish School in Cairo. They had dinner at Turkish School with their families before their upcoming trip to Turkey. Turkish ambassador to Egypt Huseyin Avni Botsali hosted the dinner. Students of Turkish school sang songs in Arabic and in English after the dinner.

Botsali mentioned in his speech that Turkey sincerely supports democratic improvement in Egypt. He emphasized that both Turkey and Egypt must overcome poverty and ignorance in order to take the right place in world politics.

They said they wished more Turkish schools to open everywhere in Egypt. The Congressmen mentioned that Egypt would benefit from the experience of these schools. Representative Fethul Bab commented with a joke that the increase of the number of Turkish schools was like assigning more and more ambassadors to Egypt.

Both Representative emphasized that Turkey and Egypt are like two organs of the same body and the peace in the region depends on the coalition of the two countries. Representative Reda Fehmi Muhammad said that there were a couple of people to join the trip to Turkey at the beginning and it increased to 150 people shortly after.

Representative Fethul Bab added that the economic relationship between the two countries is already at a good level and that they need improve it further by strengthening the political relations.

The Principal of Salahaldin Turkish Schools Orhan Keskin emphasized in his speech at the dinner that Turkish schools are not Islamic schools but promotes respect for religious and moral values.

The Turkish Schools in Egypt was founded 4 years ago and has 880 students currently. Last year Salahaldin Turkish Schools opened another campus in Bani Suwayf and two more campuses are planned to be opened in Alexandria and Mansoura soon.

ATUL ANEJA, May 5, 2012 In the enclosed greens of a football ground at Istanbul’s Fatih University, a heated contest is underway. Young men from Kyrgyzstan, dressed in red, are feverishly locking horns with a team from Azerbaijan, attired in blue and white clothing. The atmosphere around the ground is electric — the result of […]