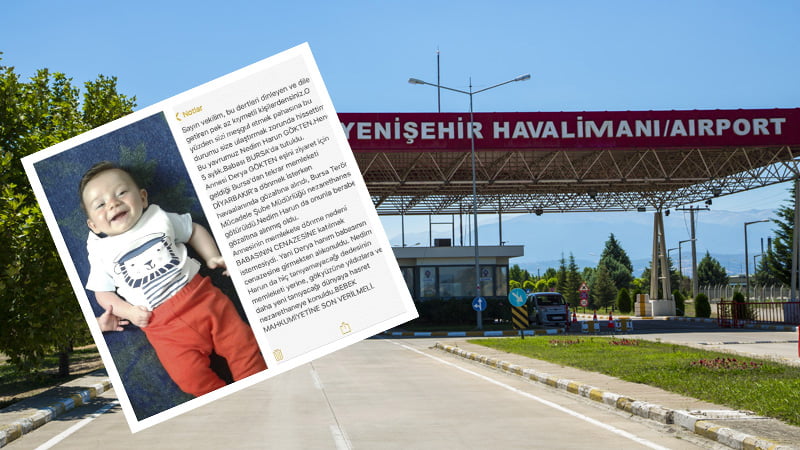 According to a Twitter message seeking help from the Republican Peoples’ Party (CHP) deputy Sezgin Tanrıkulu, the woman visited her husband in the prison and was rounded up by anti-terror police at Bursa airport.

The message was sent to the deputy with a picture of Gökten’s son.

“This baby is named Nedim Harun Gökten. He is only 5-month-old. His father has been under arrest in Bursa. His mother Derya Gökten was detained at the airport in Bursa where she came to visit her husband. She was set to depart from Bursa to her hometown Diyarbakır. She was taken under custody at Bursa police’s anti-terror department. Nedim Harun, too, ended up in custody. The reason for why she wanted to go back to Diyarbakır was to attend his father’s funeral. In short, she was prevented from attending the funeral ceremony. And, Nedim Harun remains in a custody cell longing for the sky, the stars and the outside world he has yet to know, instead of getting to the hometown of his grandfather whom he will never meet.”