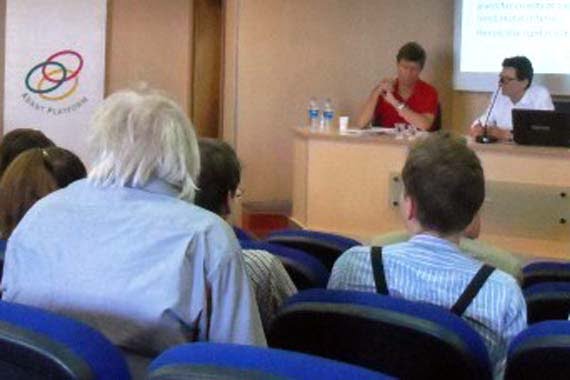 Prof. Manuel A. Knoll, from Department of Philosophy, Fatih University in partnership with the support of Abant Platform organized an international three day event regarding pluralism and conflict. Over 50 academicians from around the world got together for ‘Distributive Justice Beyond Rawls and Consensus’ Conference in Fatih University, Istanbul on June 6-8, 2013. Conference was attended by some of the well known scholars in their fields such as; Prof. Giovanni Giorgini, Bologna University, Prof. Harun Tepe, Hacettepe University, Prof. Ulrich Steinvorth, Hamburg University, and Prof. Jonathan Wolff, University College London.

Abant Platform believes strongly in engaging with intellectuals to contribute to the field of Justice. In today’s challenging environment in Turkey, it’s increasingly important for NGOs to partners with academia to work on justice to advance democracy and human rights. This conference featured distinguished speakers who discussed a variety of topics, ranging from conceptions of justice to social equality and severe disadvantage to pluralism and the idea of conflictual consensus.

First keynote speaker was the Vice President of Fatih University Fahrettin Gucin who welcomed the participants. Tolga Aksoy, Vice General Secretary of Abant Platform, informed guests about Journalists and Writers Foundations mission and its events. Prof. Manuel Knoll and Prof. Harun Tepe from Hacettepe University presented a paper on the historical background of the conception of Justice. Another keynote speaker Prof. Giovanni Giorgini presented a paper on ‘Imagination and Conflict: After Stuart Hampshire’ in the conference.