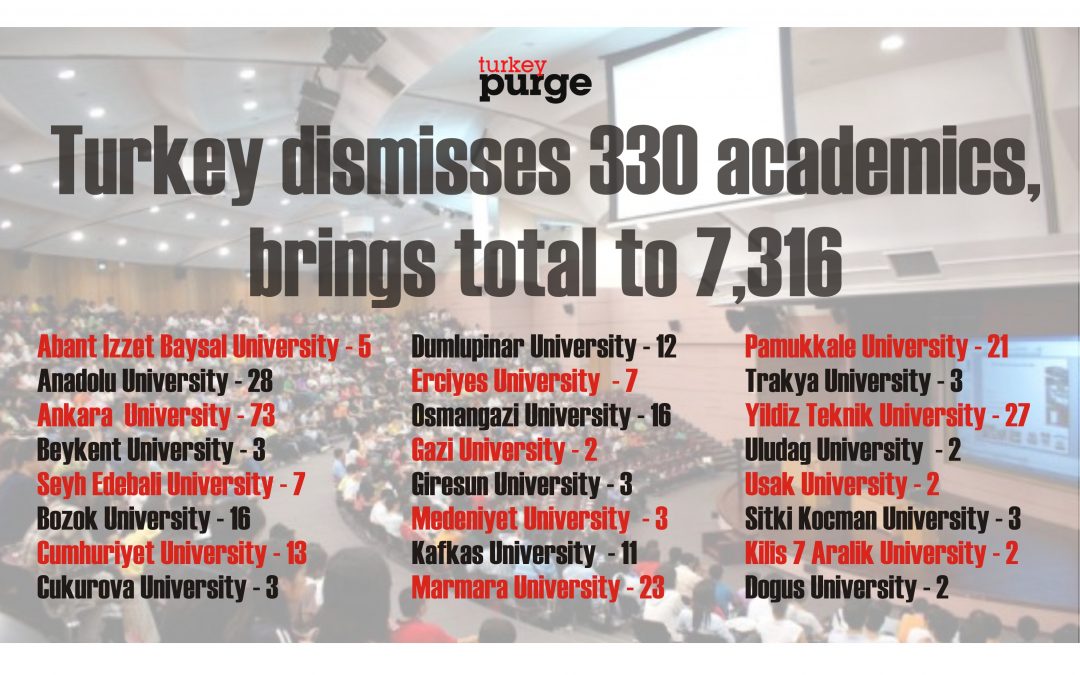 Professors, associate professors and lecturers from nearly all universities in Turkey were targeted in the government’s post-coup crackdown. Academics were accused of links to the Gülen movement, which the government pinned the blame on for July 15 coup attempt.