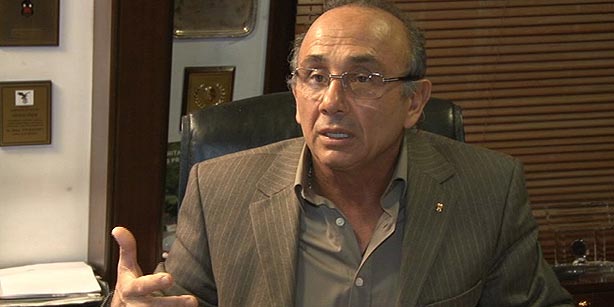 Kalkavan is the owner of the Beşiktaş Maritime Group and former president of the Turkish soccer club Beşiktaş. “I have met a number of businesspeople from different sectors and political views since Dec. 17. … All of them say they are seriously concerned about how Turkey is heading towards increased authoritarianism,” Kalkavan said. The businessman added that the government’s way of dealing with the corruption allegations has been “incomprehensible,” and that he had difficulty explaining to his foreign associates about recent purges of hundreds of police officers and dozens of investigators. “I have concrete proof that most foreign investors in Turkey have been discouraged from embarking on new projects, seeing as how the government has been pressuring local firms.”

Prime Minister Recep Tayyip Erdoğan alleges that the Hizmet movement is working to undermine his political power, but he has provided no sound evidence to prove his claim. The Hizmet movement has so far dismissed all claims fabricated by the pro-government media and used by Erdoğan as “baseless.” Erdoğan has threatened to make companies critical of the government “pay for it.”

In an earlier interview, Kalkavan said the prime minister’s harsh language against Hizmet members saddened him as well as many other businessmen and citizens who are sympathetic toward the movement.

The Turkish Confederation of Businessmen and Industrialists (TUSKON) and the Turkish Industrialists and Businessmen’s Association (TÜSİAD) have repeatedly warned that Turkey is at risk of losing foreign investments so long as the government continues to show a lack of respect for the rule of law and European Union legal codes.

Once considered a beacon of hope for the Middle East, Turkey has been rapidly backsliding on issues of democracy, freedom of the press, and human rights. One would have thought this downfall hit bottom on July 15, when a bloody coup was attempted, leaving behind more than 250 dead.